Hundreds of engineering jobs up for grabs in NTPC 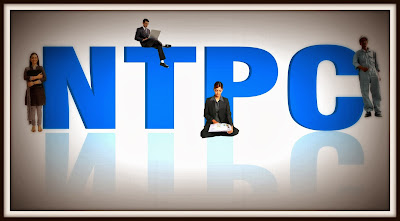 IF you are a young and talented science graduate and have not crossed 27 years of age as yet, a golden opportunity beckons you to work in one of India’s finest power sector PSUs. To fuel its ambitious growth plan NTPC is looking for promising, energetic young graduate engineers with brilliant academic record to join the organization as...
Engineering Executive Trainers in disciplines of electrical, mechanical, civil, instrumentation and electronics, the Maharatna PSU has announced.

The last date for online registration of application by candidates in NTPC is January 18, 2014, according to the advertisement displayed in the official website of the company. The applicant must be a full-time bachelor’s degree in engineering or technology/AMIE with not less than 65 percent marks. Eligible candidates will have to appear for Graduate Aptitude Test in Engineering (GATE)-2014. Based on the GATE-2014 marks and requirement, candidates will be short-listed for group discussion and personal interview. Candidates need to secure minimum qualifying marks in GD and interview, before being considered in the merit list. Get ready to take home one of the finest pay packages in the industry if you are selected.
The selected candidates will be placed in the pay scale of Rs 24900-3 percent-50500 at the basic pay of Rs 24900 during one-year training. These candidates will be absorbed after successful completion of training as assistant manager in the pay scale of Rs 24900-3 percent-50500 at a basic pay of Rs 25650. Besides basic pay, candidates will also be paid Dearness Allowance and will also be entitled for other perquisites and allowances under cafeteria approach. Benefits such as leave, medical treatment, provident fund, gratuity etc. will be admissible as per company rules in force from time to time during training or after absorption.
The selected candidates shall undergo one year training at various places. The region in which the selected candidates will be posted, will be decided at the time of joining, however final place of posting in that region will be allocated only after successful completion of class room training based on the performance during the training and requirement at each location.
Candidates can be placed, across the country, in any of the functions at projects or stations or offices including joint ventures and subsidiary companies of NTPC. For detailed information on GATE-2014, interested candidates may log on to www.gate.iitkgp.ac.in/gate2014 or on the websites of other IITs and Indian Institute of Science (IISc), Bangalore.
With an installed capacity of 41,184 MW through its 16 coal-based, seven gas or liquid fuel, seven joint venture (JV) power stations and two renewable solar power plants, NTPC contributes more than 27.37 percent of the country’s entire power generation during the year 2012-13. It plans to become a 128,000 MW by the year 2032.
Posted by PSU revival at 7:58 AM