Will SAIL, NMDC and RINL achieve capex target in FY14? 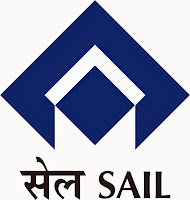 AFTER failing to achieve their capex targets last fiscal, three major public sector enterprises under the ministry of steel -- SAIL, NMDC and RINL-- hope to meet cumulative Rs 15,820-crore target set for the current fiscal. Expressing the hope of achieving their targets at a meeting with finance minister P Chidambaram recently, Steel Authority of India Limited has said its...
Rs 11,500 crore capex target for the current fiscal will be achieved. Likewise, Rashtriya Ispat Nigam and country's largest iron ore producer NMDC have also expressed confidence in achieving their Rs 1,600 crore and Rs 2,720 crore capex targets for the 2013-14 fiscal, a media report said.

These firms had earlier failed to come even close to their capex targets last fiscal due to delays. SAIL had Rs 14,500-crore capex target for 2012-13 fiscal but could achieve only Rs 9,755 crore. RINL's capex target fell short by over 30 percent to Rs 1,287 crore. NMDC could achieve only Rs 1,607.24 crore compared to the Rs 4,655-crore target for capital expenditure for 2012-13 fiscal.
Recently, the finance ministry asked the PSUs to declare a special dividend in case of shortfall in targeted capex and this has triggered a change in the way PSUs used to look at the targets. SAIL is investing on enhancing capacity at all its five major plants. The investment is part of the Rs 72,000 crore that the company is putting in to raise capacity to 24 million tonne per year from 14 mtpa now.
RINL's capex plans involve capacity expansion at its plant at Vizag from 2.9 mtpa to 6.3 mtpa. NMDC's capex is aimed at raising production capacity at its exiting mines.
These three PSUs have set an ambitious Rs 14,925-crore capex target for the 2014-15 fiscal. SAIL plans to spend Rs 10,500 crore on capital expenditure, NMDC Rs 2,890 crore and RINL the remaining at Rs 1,535 crore.
SAIL is in talks with ONGC to jointly explore coal-bed methane in coal blocks allocated to the steel major for captive consumption.
Earlier, a three-way joint venture between SAIL, RINL and MOIL (formerly known as Manganese Ore India Ltd.) to produce ferro alloys is on the cards with the earlier two separately proposed between SAIL-MOIL and MOIL-RINL having virtually been scrapped.


MOIL had inked two separate joint venture pacts with SAIL and RINL to set up two ferro alloy plants with a total outlay of Rs.600 crore.
Posted by PSU revival at 9:00 AM