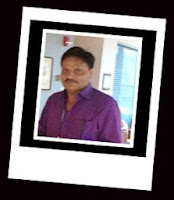 A history graduate from Delhi University, Kumar completed his masters from Jawaharlal Nehru University, New Delhi and went on to pursue his post-graduation from Institute of Social Studies, Hague in public policy. His illustrious administrative career spans over decades in Assam and Meghalaya. Kumar served in the twin states of Assam and Meghalaya in various capacities in Dhubri (Assam), Barpeta (Assam), Kamrup (Assam) before moving out to Delhi. At Centre, he worked as director in the finance and company affairs. He was also director in sericulture department in Meghalaya. He also served as joint secretary in the ministry of defence and also as a JS in the ministry of petroleum.
His short term training in China and Netherlands on public policy and management helped him sharpen his administrative skills. He was also honoured the Best Performing Deputy Commissioner of NE region in 1999 when he was serving as a deputy commissioner of Kamrup.
His stint as a director in the sericulture department in Meghalaya brought him up close with the nuances of the traditional system of the tribal matriarchal set up in the state. He also authored couple of books on the tribal systems of the state and his writing skills earned him accolades. He received the Best Research Paper Award for the Academic year 2005-06 for his work State Simplification: Garo Protest in late 19th and early 20th century. His other works include Nationalising Community Space or Community Self Management, Forest Management in Post Independent Meghalaya etc.
Posted by PSU revival at 7:32 AM