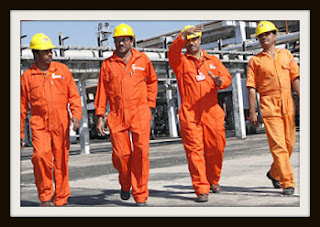 PUBLIC sector oil giant ONGC has found large reserve of gas in KG Basin and the company hopes to begin production by FY17. According to the declaration of commerciality (DoC) submitted to the directorate general of hydrocarbons (DGH), the field has 3-4 trillion cubic feet of gas and 90 million tonnes of crude oil, reports a leading financial daily. The estimated capital expenditure to develop the field is...
$9 billion by 2030. The Maharatna oil company earlier found oil reserve in the KG DWN 98/2 field it bought from Cairn India in 2005. Based on a 25-30-percent recovery rate for oil, and a 10-year extraction window, that translates into 2.5 million tonnes of oil each year; an 80-percent recovery rate for gas means the field can produce around 10-12 million standard cubic metres per day (mmscmd) each year. ONGC is already producing gas from the G1 field in the Krishna-Godavari Basin near 98/2 and by 2015 this will touch around 2.5 mmscmd.

Established in 1993, the directorate general of hydrocarbons (DGH) under ministry of petroleum and natural gas has been entrusted with responsibilities like implementation of New Exploraton Licensing Policy (NELP), matters concerning the Production Sharing Contracts for discovered fields and exploration blocks, promotion of investment in E and P sector and monitoring of E and P activities including review of reservoir performance of producing fields. DGH is also engaged in opening up of new unexplored areas for future exploration and development of non-conventional hydrocarbon energy sources like Coal Bed Methane (CBM) as also futuristic hydrocarbon energy resources.
Since ONGC’s partnerships with Brazil’s Petrobras and Norway’s Statoil didn’t sail through, the PSU oil major will go it alone in 98/2. ONGC has already put out tenders seeking global consultants who can help it with the field development plan and provide other technical expertise.
ONGC had submitted DoCs for crude oil production for exploring the area as there was the possibility of finding gas in the area. ONGC had been granted extra time by the DGH up to December 2013 to drill eight exploratory well, six in the northern area and two in the southern area.
ONGC has won 121 out of a total 235 blocks (more than 50 percent) in the eight rounds of bidding, under the New Exploration Licensing Policy (NELP).
Thus far, ONGC has made 35 deep-water discoveries — seven oil and 28 gas — and has drilled 104 deep-water wells. Of these, 14 were drilled in FY13 alone, and seven of these were found to be bearing hydrocarbons. The 98/2 block is adjacent to Reliance Industries' KG-D6 block, which DGH calls KG DWN 98/3.
Posted by PSU revival at 9:29 AM