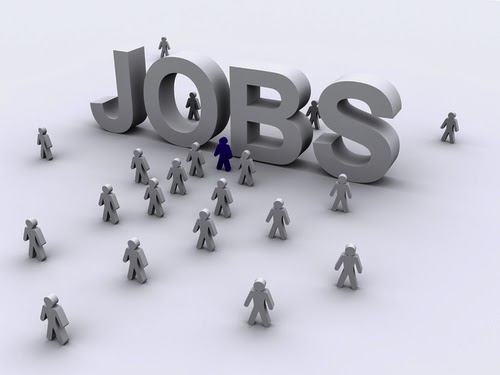 IF YOU are keen to work in India’s largest public sector lender, which is incidentally India’s best place to work for among the public sector banks, according to a latest survey, it is the perfect time as the state-owned bank has invited online applications from Graduate Indian National candidates for appointment of Probationary Officers. State Bank of India has won...
the Randstad Award 2014 for being the ‘Most Attractive Employer’ in the banking sector. The Randstad Award is presented each year to the most attractive employer in various countries throughout the globe. It is ‘the people’s choice’, based on the views of a representative sample of employees and job-seekers in each of the participating countries. 7,000 respondents per country between the ages of 18 and 65 are asked for their views on a country’s 150 largest companies via an online questionnaire. The companies are selected through national statistics agencies. Microsoft won the Randstad Award 2014 for being the 'Most Attractive Employer' the fourth consecutive year in India.

The last date to apply for the post is April 25, 2014.
Vacancy details:
Total vacancies: 1837
Eligibility: Graduation in any discipline from a recognized university or any equivalent qualification recognised as such by the Central Government. Final Year graduate students may also apply.
Age Limit
As on April 1, 2014: 21 to 30 years
Age Relaxation: 5 Years for SC/ ST/ Ex-Serviceman and persons ordinarily domiciled in Kashmir Division before 1989; 3 Years for OBC; PWD (SC/ST) - 15 Years, PWD (OBC) - 13 Years PWD (Gen) - 10 Years.
Salary: Starting basic pay is Rs 16,900 (with 4 increments) in the scale of Rs 14500-600/7-18700-700/2-20100-800/7-25700
Selection Process:
Phase-I: Examination consisting Objective Tests and Descriptive Test.
Objective Test: Two hour duration consists of 4 Sections with 50 marks each (Total 200 marks) as follows: (1) Test of English Language (Grammar, Vocabulary, Comprehension etc.); (2) Test of General Awareness, Marketing & Computers; (3) Test of Data Analysis & Interpretation; (4) Test of Reasoning (High Level).
Descriptive Test: One hour duration (50 marks) will be of "Test of English Language (comprehension, short precis, letter writing & essay)".
Phase-II: Group Discussion (20 marks) & Interview (30 marks).
Final Selection: Candidates will have to qualify both in Phase-I and Phase-II separately. Marks secured by the candidates in the Written Test (out of 250 marks) are converted to out of 75 and marks secured in Group Discussion & Interview (out of 50 marks) are converted to out of 25.
The final merit list is arrived after aggregating converted marks of Written Test and Group Discussion & Interview out of 100 for each category.
The selection will be made from the top merit ranked candidates in each category.
Application Fee:
A non-refundable fee of Rs 500 for General and OBC Category Candidates (Rs 100 for SC/ST/PWD).
Candidates can pay the fee Online from April 7, 2014 to April 25, 2014 or Offline from April 10, 2014 to April 28, 2014.
How to apply:
Eligible candidates are required to register online before April 25, 2014. Candidates will require his scanned photograph and signature copy to apply for the post.
Selection will be done through recruitment examination.
Key dates
Last date to apply: April 25, 2014
Recruitment exam: June 2014.
Posted by PSU revival at 11:24 AM