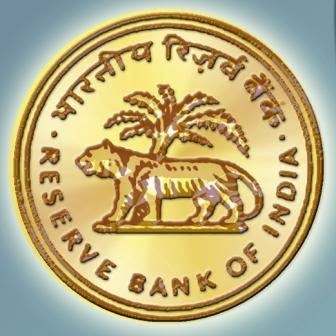 THE Reserve Bank of India (RBI) appointed PJ Nayak committee has recommended some of the radical proposals about the functioning of the PSU banks. The most controversial recommendation that the committee has made is about privatization of PSU banks. To avoid...
repeated capital support from the government and ensure ability to compete successfully, the committee suggested either to privatise PSU banks or to design a radically new governance structure. The report titled P.J. Nayak panel report: A game-changer for PSU banks aims to address key issues such as improving the capital position of PSU banks, enhancing governance and resolving their external and internal constraints. A RBI committee headed by PJ Nayak has recently released the draft recommendations on governance changes for PSU banks and revamping their ownership structure. The report aims to address key issues such as improving the capital position of PSU banks, enhancing governance and resolving their external and internal constraints. The report also proposes an age limit of 65 years for CEOs.
The recommendations, if implemented, could be a game-changer for PSU banks, not only in terms of stock re-rating but also in terms qualitative improvement in governance levels.
Key recommendations:
Make RBI the sole regulator with no interventions from the government of India, to ensure uniform implementation of regulations, the committee recommended that RBI be made the sole regulator of banks and GoI’s intervention be stopped. The committee has also recommended minimum fixed tenure for top PSU bank executives. The committee recommended a minimum of five-year tenure for CMD and minimum three-year tenure for Executive Directors in PSU banks.
For whole-time directors, the maximum age should be 65. Also for bank CEOs, an age limit of 65 years should be imposed. To create Authorised Bank Investors (ABIs): The RBI should designate a specific category of investors as Authorised Bank Investors (ABIs), consolidating all funds with diversified investors. A single ABI should be permitted a maximum 20 percent investment in a bank without approval, and 15% if it has a board representation in the bank. Other investors can hold no more than 10 percent without regulatory approval. To set up a Bank Investment Company (BIC): The GoI should set up a BIC as a core investment company under RBI’s registration, to hold equity shares in banks which are presently held by GoI. The BIC should resemble a passive sovereign wealth fund.
The committee has also recommended upgrading the quality of board deliberation in PSU banks to provide greater strategic focus. To empower and make these boards more effective, the committee recommends reconfiguring the entire appointment process for boards.
The Calendar of Reviews should be revoked or freshly designed so as to ensure that the board’s time is spent largely on critical themes.
Posted by PSU revival at 9:00 AM