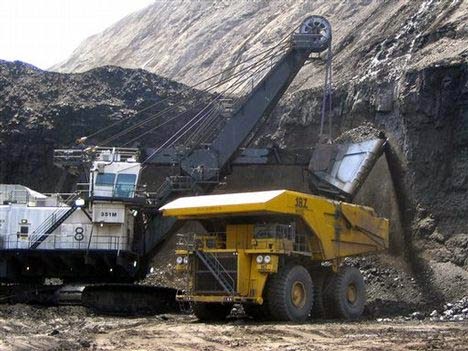 WORLD'S largest coal miner Coal India Limited is planning a huge Rs 10,000-crore joint venture (JV) along with GAIL India, Rashtriya Chemicals and Fertilizers (RCF) and the Fertilizer Corporation of India (FCIL) to set up a urea and ammonium nitrate chemicals complex...
that will run on gasified coal reports a national financial daily.

The report says Coal India has already appointed Projects and Development India ( PDIL), a Miniratna PSU, to conduct a feasibility study on the JV.
The JV plans to make use of around 6 million tonnes of coal from coalfields at Talcher in Odisha and manufacture about three lakh tonnes of urea annually. IT will also use 300-400 tonnes of ammonium nitrate per day.
Ammonium nitrate is the main ingredient for making explosives that are used as blasting material at coal mines. The Maharatna PSU is facing shortage in the supply of ammonium nitrate and explosive suppliers often jack up prices, resulting in higher input costs for the company.
GAIL will be responsible for sourcing the technology for manufacturing ammonium nitrate and urea using gasified coal. The gas utility will import foreign technology for the purpose and the complex is likely to come up at Fertilizer Corporation's land at Talcher.
Quoting a CIL official, the report said that there would be two joint ventures.
The first will be with Gail for coal-gasifying technology which would be brought by GAIL where GAIL is slated to be the major partner, with CIL holding a non-majority stake. The second joint venture will be with FCIL, RCF, where CIL is likely to hold a majority stake.
As the fertiliser plants in the country are shutting one after another due to high natural gas prices, manufacturing of urea through the coal gasification method is a viable alternative.
This method converts coal, petroleum or biomass into carbon monoxide, hydrogen and oxygen.
CIL has sought shareholder's nod for changing its article of association to include such products on its manufacturing list. GAIL has already inked an initial pact with RCF for using the gas produced by the Coal India-GAIL JV for manufacturing urea.
Posted by PSU revival at 10:54 AM