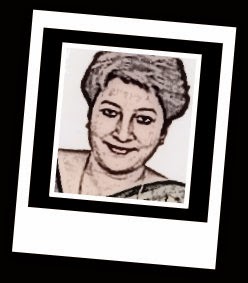 PUBLIC Enterprises Selection Board (PESB) on Tuesday chose director (finance) of Oil India Ltd (OIL) Ms Rupshikha Saikia Borah as the company’s next Chairman and Managing Director (CMD) paving the way for a woman officer to head India’s second largest oil exploration and production PSU for the first time. The PESB selected her after interviewing as many as 10 candidates including…
three from gas major GAIL, two from NLCL, and one from HUDCO.
When Ms Borah took over as a director in OIL in October, 2013, it was quite a big news in male-dominated oil and gas industry. This is what IPS wrote in an article dated October 4, 2013: “Glass ceiling is being slowly broken in India’s corporate world with more female candidates occupying some key posts at the top level. While Arundhati Bhattacharya is all set to take charge as the first female managing director of India’s largest public sector bank, State Bank of India, Rupshikha Saikia Borah has become the first lady functional director on the board of Oil India Limited (OIL).”
A post graduate in commerce from Delhi School of Economics, Ms Borah has the distinction of being the first woman Chartered Accountant from the North-East India. She is also a Fulbright Hubert Humphrey fellow, USA.
Among the recognitions that she got included the “Best CA Professional Woman Achiever Award’ given by The Institute of Chartered Accountants of India, and “Petrofed Woman Executive of Oil and Gas Industry Award” by Petrofed, India.
She is wife of former OIL CMD NM Borah who had played a key role in placing OIL at an international stage.
Ms Borah is a keen golfer and loves travelling.
Posted by IPS at 11:20 PM