PSUs are on biggest ever hiring spree; 70,000 jobs up for grabs 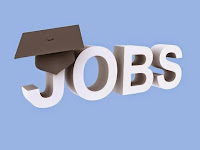 ARE you looking for your dream job in a PSU? If your dream is to shape up a secure career, it is the time to cheer about with around 70,000 jobs up for grabs in the state-owned PSUs.
Riding high on Prime Minister Narendra Modi's 'Make in India' initiative, public sector undertakings (PSUs) have floated over 70,000 job openings in the last four...
months and there are many more to come, reported a national daily.

National Highway Authority of India (NHAI), Bharat Heavy Electricals Ltd (BHEL), Railway Recruitment Boards, among several other PSUs and public sector banks, have announced vacancies across functions.
The PSUs will see aggressive hiring through 2015-16, and this is expected to be the highest-ever recruitment drive in over a decade, the newspaper quoted Aditya Narayan Mishra, president - staffing, Randstad India, a recruiting firm as telling.
However, government initiatives like 'Make in India' will definitely be a big boost for job creation.
Several vacancies for engineers, teachers, scientists, policemen, clerks, management trainees among others are on offer.
A majority of public sector banks are on a hiring spree. Most of those jobs are a result of a large number of bank accounts opened under Pradhan Mantri Jan Dhan Yojana (PMJYD).
PSUs expansion plans are also breeding numerous jobs as ONGC, IOC, HAL are on project expansion mode.
Generous perks, job security, impending pay revision under seventh pay revision are some of the attractions in PSU jobs.
Posted by PSU revival at 10:16 AM