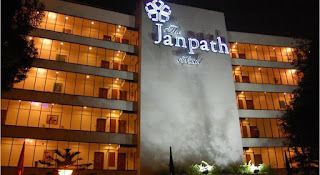 VENTURING into fine dining restaurant business at five star hotels across the country, Indian Railway Catering and Tourism Corporation (IRCTC) is all set to open a speciality restaurant in the ITDC-run Hotel Janpath in New Delhi, say media reports.
The PSU unit is in the final...
phase of negotiations with ITDC to get some space at Hotel Janpath.