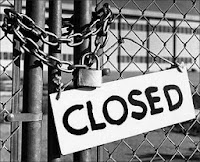 UNION minister for heavy industries and public enterprises Anant Geete said the department of public enterprises will approach the Cabinet for funds to grant VRS to some 2,800 staffers of five sick central PSUs facing closure in three months. The five CPSEs are HMT Bearings, HMT Watches, HMT Chinar Watches, Tungabhadra Steel Products and Hindustan Cables.
He said it would take three...
months. The Cabinet has already given the in-principle approval for their closure.

"Now, we have to send individual proposals relating to VRS of each company to the Cabinet for funds. That should be cleared within three months," the minister added.
While employees drew salary as per the 1997 pay scale, VRS will be based on the 2007 figure.
Asked about 38 independent director posts lying vacant in 31 CPSEs under the department of heavy industries, the minister said: "All the (38 vacant independent director) posts will be filled within one month."
The minister said he will take up with the Prime Minister Narendra Modi the issue of utilising surplus cash lying idle with PSUs, for which an entity has been formed.
He said the government is "mulling formation of a land bank comprising the surplus land with PSUs".
Earlier, the NDA government decided to give VRS to 2800 employees and in the process will free assets worth Rs 22,000 crore belonging to five sick public sector units under the ministry of heavy industries and public enterprises.
The Centre has already decided to close down these five sick PSUs under the heavy industry ministry.
“Since 2007 there is not production in these units and we have already spent about Rs 4000 crore only on salary and wages of the employees. How long will we continue to spend on salaries in these nonproductive units,” the minister said.
“The cost of shutting these units down is just Rs 14,00 crore and the asset value of these companies is Rs 22,000 crore, the minister said all the immovable properties of these companies including land, plant and machinery, will be sold to interested parties in “as-it-is, where-it-is” basis. “The decision for the sale of property is yet to be taken”, the minister said adding that these companies were located in prime zones.
“The highest number of employees is in Hindustan Cables; which has 1500 employees and the total number of employees involved in these five units is 2800,” the minister adding that his ministry had tried to find investors for these PSUs in the past but have been unsuccessful.
While the three HMT companies have manufacturing and administrative facilities in Hyderabad, Jammu, Bangalore, Tumkur (Karnataka) and Ranibagh (Uttarkhand), Hindustan Cables Ltd has units located at Hyderabad, Naini Allahabhad (Uttar Pradesh) and Rupnarainpur (West Bengal), while Tungabhadra Steel Products Ltd has assets in Hospet (Karnataka).