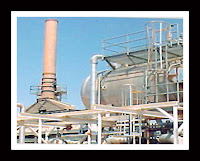 THE overseas arm of ONGC, ONGC Videsh is set to buy from Russian oil behemoth Rosneft a 15 percent stake in Vankor oil and gas field in eastern Siberia for an estimated $1.2 billion. It is the fourth largest acquisition by the overseas investment arm of India's flagship explorer ONGC.
“ONGC Videsh Limited signed definitive agreements to acquire up to 15 percent shares in CSJC Vankorneft, a company organized under the law of Russian Federation which is the owner of Vankor Field and NorthVankor license. Rosneft...
Oil Company, NOC of Russia holds 100 percent shares in Vankorneft. The acquisition is subject to relevant Board, Government and regulatory approvals and is expected to close by mid of 2016,” OVL said in a statement.
Vankor is Rosneft’s (and Russia’s) second largest field by production and accounts for 4% of Russian production. The daily production from the field is around 442,000 bpd of crude oil on an average with ONGC Videsh’s share of daily oil production at about 66,000 bpd.
“The present transaction provides an opportunity to ONGC Videsh to enhance its presence in Russia and is consistent with its stated strategic objective of adding high quality international assets to its existing E&P portfolio,” the statement added.
This acquisition also has significant strategic importance to India, both in terms of augmentation of India’s Energy Security as well as enhancing India’s stature in the global political and economic arenas.
The deal would see ONGC Videsh get two seats on the board of Vankorneft and 3.3 million tonne of oil per annum.
Rosneft would create an operator company that would allow more efficient management of both Vankor field and the company's other licences in this region.
The deal received approval of top political leadership of both the countries during the July 8 meeting between PM Narendra Modi and President Vladimir Putin on the sidelines of BRICS and SCO summit at the Russian city of Ufa.
The Vankor field is located 130km west of Igarka in the Turukhansk district of Krasnoyarsk Krai in eastern Siberia, close to the border with Yamalo-Nenets Autonomous Okrug.
Rosneft, the largest publicly traded oil firm in the world, operates the field through its 100% subsidiary Vankorneft. The field is estimated to hold reserves of 520 million tonne of oil and 95 billion cubic metres of gas. It began production in August 2009.
"Vankor is Rosneft's (and Russia's) second largest field by production and accounts for 4% per cent of Russian production. The daily production from the field is around 4,42,000 barrels per day of crude oil on an average with OVL's share of daily oil production at about 66,000," the statement noted.
Citi worked as the sole exclusive financial adviser whereas Dentons worked as legal adviser to OVL on this transaction. Ernst & Young were the tax and accounting consultants.
ONGC Videsh is a wholly-owned subsidiary of ONGC, the national oil company of India, and is India’s largest international oil and gas E&P Company. At present, ONGC Videsh has 36 projects in 17 countries including Azerbaijan, Bangladesh, Brazil, Colombia, Iraq, Kazakhstan, Libya, Mozambique, Myanmar, Russia, South Sudan, Sudan, Syria, Venezuela, Vietnam and New Zealand. ONGC Videsh is currently producing 167,000 barrels of oil and oil equivalent gas per day and has total oil and gas reserves of about 647 mmtoe as on March 31, 2015.
Posted by PSU revival at 7:50 AM