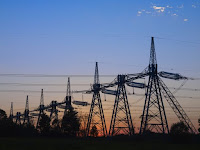 THE Centre has appointed Indu Shekhar Jha as CMD of state-run transmission utility Power Grid Corporation of India Ltd for a period of five year.
The top post of PGCIL is considered to be one of the most powerful positions, given the company’s monopoly in the power transmission sector.
Earlier, in September under an interim arrangement, the government had given additional...
charge of the top post to Jha apart from holding position of Director (Projects) in the Navratna PSU.
"In pursuance of Office Order dated November 10, 2015 of Ministry of Power, I S Jha, Director (Projects), Powergrid has assumed the charge of the post of Chairman and Managing Director of PGICL with effect from today i.e. November 10, 2015," said PowerGrid in a BSE filing.
The filing stated that the tenure of Jha would be for a period of five years with effect from the date of his taking charge of the post on or till the date of his superannuation, or until further orders, whichever event occurs the earliest.
Jha was given additional charge of the top post after the retirement of company's the then Chairman and Managing Director R N Nayak on September 30. He was given additional charge for three months with effect from October 1, 2015.
Earlier in March this year, the government head-hunter PESB recommended Jha's name for the post of CMD at PSU.
55-year-old Jha, who is an Electrical Engineer from NIT, Jamshedpur, has been recommended by PESB from a list of eight contenders.
Earlier, he served as director, projects at PGCIL since September 1, 2009. He was also the chairman of the Board and Chief Executive Officer since October 1, 2015 and served as its Executive Director of Engg-II. With over 26 years of work experience, Jha also served as an Executive Director of North Eastern Region and Corporate Monitoring Group of Power Grid Corporation of India Ltd.
Jha joined PGCIL in August 1991. He also worked at NTPC and has been the chairman and part-time director at Nagapattinam-Madhugiri Transmission Company Limited since March 29, 2012 and of Powerlinks Transmission Limited since September 30, 2015.
He has been a Whole Time Director of Power Grid Corporation of India Limited since September 1, 2009. He has been a Director of Power System Operation Corporation Limited since September 2011. He has been a Director of Powerlinks Transmission Limited since October 27, 2009.
A prolific writer as well, Jha has published numerous articles, technical papers in the field of power system in various international and National Conferences/Symposia. He holds BS an Electrical Engineer from NIT, Jamshedpur.
The Navratna PSU, the central transmission utility (CTU) of the country under ministry of power figures among the largest power transmission utilities in the world. PGCIL is playing a vital role in the growth of Indian power sector by developing a robust integrated national grid and associating in the flagship programme of the government to provide power for all. The PSU owns and operates about 113,688 ckt kms of transmission lines and has 189 sub-stations.
Posted by PSU revival at 10:00 AM