Can MTNL be revived? Govt says it’s tough but not impossible 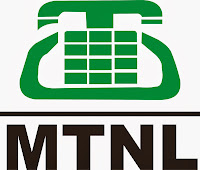 CAN the loss-making state-owned Mahanagar Telephone Nigam Limited (MTNL) be made profitable entity? The NDA government feels that its revival is tough but not impossible. Narendra Modi-led NDA government has assured to provide all possible help to resurrect the loss-making telecom firm.
"Revival of MTNL is tough but not impossible. Government will provide all possible support for its revival," Telecom Minister Ravi Shankar Prasad said at a recent convention organised by MTNL Mazdoor Sangh. The event was...
organised to seek measures for revival of the public-sector firm.
The minister also cited the turnaround at another state-run telecom firm BSNL, which posted an operating profit after many years.
MTNL posted a net loss of Rs 704.93 crore in third quarter ended December 31, 2015 while its total income during the quarter stood at about Rs 770 crore.
The minister said both public sector firms BSNL and MTNL turned into loss-making units during the 10 years of UPA regime, and added the telcos were in profits when BJP-led NDA government relinquished office in 2004.
Earlier this month, the government provided a refund of Rs 492.26 crore to MTNL on account of liability arising out of levy of Minimum Alternate Tax (MAT) towards its financial support.
MTNL Mazdoor Sangh also submitted a memorandum to the minister over a report of IIM-Bengaluru that examined financial situation of the company and suggested measures for revival.
The IIM-Bengaluru report has suggested that MTNL will not be in a position to continue the business beyond one or two years without government support. The report has examined five options for MTNL's revival: raising equity from the market, merger with BSNL, sale of mobile division along with licence and all related assets, surrendering 2G and 3G spectrum to government and the strategic sale by way of transferring 51 per cent or more stake to a private entity. The report has recommended two options -- surrender of spectrum and taking service of MTNL in Digital India, in order of preference that government can consider.
"Our focus is on surrendering of excess of 2G and 3G spectrum which government can put for auction and give MTNL money so that the company is able to lower debt burden. When MTNL exhausts its spectrum then further procurement can be done," MTNL Mazdoor Sangh General Secretary Dharam Raj Singh was quoted as telling a national daily.
He said the telecom minister has assured MTNL employees that he will look in to their request. The Mazdoor Sangh has requested minister to fill up vacant position at MTNL and appoint permanent CMD of MTNL. The government has given additional charge of MTNL CMD to Telecom Commission Member (Services) N K Yadav since June 2015.
Before Yadav, MTNL director finance P K Purwar was given additional charge of the post after company's CMD A K Garg retired on 30 May 2014.
Posted by PSU revival at 11:07 AM