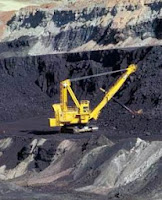 STATE-run Maharatna PSU Coal India Limited (CIL) will conduct a special forward e-auction for power producers, including captive producers, on March 30 and 31, the world’s largest coal producer said in a notice. "The special forward e-auction phase V will be conducted as per the terms and conditions followed for special forward e-auction phase IV," company's notice said. The auction will be held on...
March 30 and 31. The notice says, the reserve price for power sector consumers will remain at 10 percent over the notified price of coal for power sector and for captive power plants, it will remain 10 percent over the notified price for non-power sector. This is applicable for G6 and below grades of coal. Subsidiary coal companies will notify the source and grade wise reserve price of coal on their respective websites, the notice said. The notice also said: "Biomass-based power plants already commissioned shall be eligible to participate in the auction...bidders who have already registered for participating in the earlier phase of special forward e auction and special e auction and special e auction conducted earlier shall be eligible to participate."
Earlier, this month, Coal and Power minister Piyush Goyal said that to facilitate liquidation of pit head coal stock Coal India has offered 10 million tonnes and four million tonnes of coal under special e-auction to power sector and non-power sector consumers respectively, in line with directions of government. Subsidiaries of CIL have also been advised to make all out efforts to enhance dispatches through all modes to consumers as per commitment, the minister added. The government has set a target to provide round the clock affordable power to all by 2019. CIL, a major supplier of coal to the power sector, is also eyeing production of 1 billion tonne by 2020. The government has set 550 million tonnes of output target for the PSU in the current fiscal.
Coal India Limited (CIL) as an organized state owned coal mining corporate came into being in November 1975 with the government taking over private coal mines. With a modest production of 79 MTs at the year of its inception, CIL today is the single largest coal producer in the world.
Operating through 81 mining areas CIL is an apex body with seven wholly-owned coal producing subsidiaries and 1 mine planning and consultancy firm spread over eight states. CIL also fully owns a mining company in Mozambique christened as 'Coal India Africana Limitada'.
Posted by PSU revival at 9:30 AM