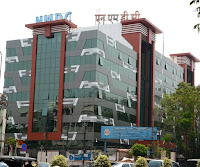 THE government's headhunter Public Enterprises Selection Board (PSEB) has initiated the process of appointing chairman and managing director of NMDC Ltd.
The move comes after the Appointments Committee of the Cabinet had rejected the PSEB's recommendation to appoint Gopal Singh as CMD of the state-owned miner and asked it to start afresh selection process for the post. "The Public Enterprises Selection Board is seeking qualified candidates for the post of...
chairman and managing director, National Mineral Development Corporation (NMDC) in schedule 'A' of the CPSE, the scale of pay of the post being Rs. 80,000-1,25,000/- (revised).
A copy of the job description for the post is enclosed...," the PSEB said in a notification. The PSEB had earlier recommended the name of Singh, who is the CMD of Central Coalfields, for NMDC's top post, which fell vacant after the retirement of Narendra Kothari on December 31. Additional Secretary and Financial Adviser to Steel Ministry Bharathi S Sihag has been given additional charge as CMD of the iron ore company with effect from January 1.
The state-owned Navratna iron ore PSU last year set an ambitious target of almost doubling the mining capacity to 75 million tonnes by 2017 compared to its current capacity of around 34 million tonnes. The PSU’s production stood at 30.4 million tonne in the last financial year.
"Taking a long-term perspective of the business scenario, NMDC Limited has charted out Vision 2025 that seeks to reorient its business model and strategise effectively to retain its market leadership in the domestic market and also make a mark on the global mining scene to ensure raw material security for Indian industry," Narendra Kothari, former chairman and managing director of the company said.
An important point of NMDC's Vision 2025 is the expansion plan to increase the iron ore mining capacity to 75 million tonnes by 2018-19 and 100 million tonnes by 2021-22.
NMDC's vision document sets the aim of strengthening exploration and forward-integration through value added business in pellet making and steel and selectively invest abroad based on mining potential and the prevailing business environment, it said.
The PSU also unveiled a road-map with six strategic areas- business strategy, operations strategy, sustainability, capital projects, human resource and IT- as part of Vision 2025.
"Vision 2025 has been formulated to fortify NMDC against the upcoming challenges and to enable it to emerge more robust," Kothari said. He added that it was their intent to align the operations with the growth of the domestic steel industry.
Recently, five merchant bankers, including SBI Capital Markets Ltd, have been shortlisted for assisting the government in selling a 10 percent stake in the PSU. The government has proposed to put up about 39.64 crore shares through an offer for sale (OFS) to fetch an estimated Rs.3,600 crore at current market prices. The shortlisted brokers will be make a presentation before an inter-ministerial group on 3 June. At present, the government holds 80 percent stake in the PSU, with a paid-up capital of Rs.396.47 crore. The PSU, which is in the administrative control of the steel ministry, is primarily engaged in the business of iron ore mining, but is also expanding its activities towards production of steel and other value-added products.
Posted by PSU revival at 9:30 AM