SBI Associate banks set to merge with SBI; Union to go on strike on May 20 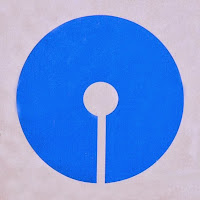 AFTER over five years of gap, associate banks of SBI including State Bank of Bikaner and Jaipur have proposed to merger with the parent lender. The respective boards have proposed merger with the State Bank of India (SBI) in a meeting, media reports said. The meeting of central board of SBI is going to consider the merger. However, a section of employee unions have registered protest against any such move and threatened to go...
on a strike if such move is approved by the SBI and the government.
All employees of Associate Banks will go on strike on May 20, All India Bank Employees Association (AIBEA) General Secretary CH Venkatachalam said. SBI has five associate banks - State Bank of Bikaner and Jaipur, State Bank of Travancore, State Bank of Patiala, State Bank of Mysore and State Bank of Hyderabad. Among these, State Bank of Bikaner and Jaipur, State Bank of Mysore and State Bank of Travancore are listed. SBI first merged associate State Bank of Saurashtra with itself in 2008. Two years later in 2010, State Bank of Indore was merged.
Recently, the government set up the Bank Board Bureau (BBB) to look into the issues including consolidation in public sector banking space.
The BBB headed by former CAG Vinod Rai had conducted interview for appointments of Managing Directors of some of the banks where posts will be falling vacant during the current fiscal.
The Bureau was constituted to help the government select heads of public sector banks and financial institutions and assist banks in developing strategies with regard to capital—raising and consolidation.
Besides Chairman, the Bureau has three ex-officio members and an equal number of expert members.
Expert members are ICICI Bank’s former joint MD H N Sinor, Bank of Baroda’s former CMD Anil K Khandelwal and rating agency Crisil’s ex-chief Rupa Kudwa.
Its ex-officio members are Secretary, Department of Public Enterprises, Financial Services Secretary and RBI Deputy Governor. The All India Bank Employees' Association (AIBEA) said it has called an all-India strike in the five SBI associate banks -- State Bank of Travancore (SBT), State Bank of Mysore (SBM), State Bank of Hyderabad (SBH), State Bank of Bikaner and Jaipur (SBBJ), and State Bank of Patiala (SBP) -- on May 20.
According to AIBEA, at the board meetings of the five SBI associate banks held in Mumbai on May 17, an agenda was brought to close down the associate banks and for acquisition by SBI. "Despite opposition and protest by all the AIBEA's Workman Directors and a few other independent directors about the proposal and the procedure adopted, the resolution has been approved in this regard," the statement said. "It is shameful that when the government is talking of corporate governance and good governance, board agenda is brought without intimation on such a serious matter and decision is taken," AIBEA added. The decision of the five banks is not in consonance with what Finance Minister Arun Jaitley had suggested to the union at their meeting on March 23 and April 25 this year. "He opined that all the five banks can be made into one single entity. But what SBI and the Associate Banks are trying to do is the opposed to what the FM (finance minister) had suggested," AIBEA said.
Posted by PSU revival at 9:30 AM