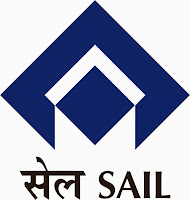 STATE-run steel major Steel Authority of India Limited (SAIL) is in talks with Japan's Nippon Steel & Sumitomo Metal Corp and Kobe Steel for potential technical agreements to help the firm expand its global footprint, SAIL’s chairman was quoted by news agency Reuters as saying.
SAIL may also consider buying beleaguered domestic steel firm assets if offered a "cheaper price", Prakash Kumar Singh said in his first official response...
to a government proposal that state steel, power and shipping firms take over assets of indebted private companies.
India's biggest state-owned steel maker has been in the red for six quarters has already held preliminary discussion with Japan's top steelmakers. The steel produced through the tie-ups could be sold to India's defence sector.
"The defence sector is using a lot of steel. So for all those grades, there is continuous improvement in R&D. And for penetrating these markets also - Japan and Europe - we need to understand their technologies, their uses. Therefore these tie-ups will be handy," Singh said. SAIL already supplies steel to the Indian navy and army, primarily for battle tanks.
The Maharatna PSU is in talks with two European steelmakers for similar partnerships, Singh said.
SAIL is also ironing out details with the world's biggest steel producer, ArcelorMittal, for a proposed 60 billion rupees ($884.36 million) joint venture, Singh said.
"It will be difficult to give a time frame. But we are quite confident that we can sort it out."
SAIL plans to raise output of saleable steel in the year starting April 2017 by about 10 percent to 16.5 million tonnes, Singh said. It is aiming for a 10 percent jump in 2017/18 exports, versus an estimated 700,000 tonnes shipped this year.
"We need to reduce production from our inefficient units and produce more from the efficient (units) in order to survive," Singh said.
SAIL has already received approval 'in principle' from the government to sell stakes in three of its loss-making units. This comes at a time when India's steel sector remains in the woods, accounting for 28 percent of the banking sector's stressed loans.
Earlier, the PSU reported a net loss of Rs 732 crore for Q2 FY17 against a loss of Rs 1,108 crore in Q2FY16 on higher interest and depreciation charges for capitalisation of new assets and higher global coking coal prices, despite an improved physical
SAIL's gross turnover stood at Rs. 12,431 crore, up 22% as compared same period last year led by higher sales volume. Continuing the trend from the first quarter of this fiscal, SAIL recorded a positive EBIDTA in Q2 FY17 of Rs 180 crore compared to a negative EBIDTA of Rs. 829 crore in Q2 FY16, the company said in a late evening statement.
Steel Authority of India Limited (SAIL) is one of the largest state-owned steel making company based in New Delhi, India and one of the top steel makers in world. With an annual turnover of Rs 43,337 crore (FY 2015-16). Incorporated on 24 January 1973, SAIL, with 93,352 employees (as of 31-Mar-2015) is the 24th largest steel producer in the world.
The steelmaker operates and owns five integrated steel plants at Bhilai, Rourkela, Durgapur, Bokaro and Burnpur and three special steel plants at Salem, Durgapur and Bhadravathi. As part of its global ambition, the PSU is undergoing a massive expansion and modernisation programme involving upgrading and building new facilities with emphasis on state of the art green technology.
Posted by PSU revival at 11:41 AM