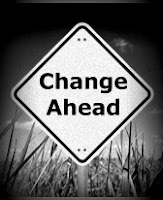 IN A bid to take stock of the issue of non-performing assets (NPAs) and the steps being taken by them to expedite the recovery of bad loans which have crossed Rs 6 lakh crore, Finance Minister Arun Jaitley will meet heads of PSU banks today. He will also review the financial performance of all the public sector banks (PSBs) at the meeting, the first between Jaitley and them in the current fiscal. The meeting also assumes significance as it will be the first after last month's promulgation of the ordinance amending the Banking Regulation Act, 1949.
The government had through this ordinance empowered...
the Reserve Bank to ask banks to initiate insolvency proceedings to recover bad loans and promised more measures to resolve the NPA crisis. Apart from the financial performance review, the meeting will take stock of the status of stressed assets and various measures taken to clean up the balance sheets of banks so that they can start lending.
"Major issues on the agenda of the meeting, the first during this fiscal, include issues and solutions relating to Non Performing Assets (NPAs) of the Public Sector Banks (PSBs), status of MSE Credit, Stand-up India and Mudra Yojana among others," the finance ministry said in a statement.
Other issues on agenda include discussion on financial inclusion and literacy, review of performance of Social Security Schemes including Pradhan Mantri Jeevan Jyoti Bima Yojana (PMJJBY), Pradhan Mantri Suraksha Bima Yojana (PMSBY) and Atal Pension Yojana (APY) etc, it said. The day-long meeting will also cover areas like cyber security, digitalisation of the banking transactions, rural development, agriculture credit and education loans.
Role and preparedness of banks in the implementation of Goods and Services Tax (GST) is also likely to be discussed in the one day Meeting of PSBs, it said. GST is going to be rolled-out from July 1. As for the recovery of bad loans, the RBI has also made substantial changes in the related norms and warned banks of monetary penalty for missing NPA resolution timelines.
Jaitley had said the ordinance empowered the Reserve Bank to issue "directions to any banking company or banking companies to initiate insolvency resolution process in respect of a default under the provisions of the Insolvency and Bankruptcy Code (IBC), 2016". Toxic loans of PSBs rose by over Rs 1 lakh crore to Rs 6.06 lakh crore during April-December 2016-17. Gross NPAs of PSBs nearly doubled to Rs 5.02 lakh crore at the end of March 2016, from Rs 2.67 lakh crore at the end of March 2015.
Posted by PSU revival at 9:31 AM