BHEL Q2 profit up 64% on operational performance; aims to double non-power revenue by 2022 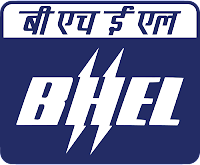 MAHARATNA power equipment maker BHEL's second quarter profit is seen rising 64 percent year-on-year to Rs 268 crore, led by operational performance. Profit in year-ago quarter was at Rs 109 crore. Revenue during the quarter is expected to increase 2.6 percent to Rs 6,841 crore, compared with Rs 6,664 crore in same quarter last fiscal, as per average of estimates of analysts polled by a news channel.
The movement of orders from non-execution to execution category; continued constraint on execution due to operational issues; and trends in...
provisions, particularly for liquidated damages on project completion would be key to watch out for.
EBITDA (earnings before interest, tax, depreciation and amortisation) may grow 81 percent to Rs 281 crore and margin may double to 4 percent from 2 percent YoY.
Margin expansion may be led by favourable operating leverage and lower legacy order. Analysts expect EBIT in power and industrial segments to be at 12 percent and 7.5 percent, respectively.
Meanwhile, the state-owned power equipment major is aiming at doubling the non-power revenue by 2022 and the projects will be executed on a turnkey basis. The areas like municipal water, Ganga mission, solar, aerospace, defence and metro and high speed rail projects have been identified as growth drivers. "Currently, our non-power business is 20 per cent and we are aiming at doubling it to 40 per cent by 2022," BHEL director, Amitabh Mathur, told a news agency.
"Unless, we take turnkey projects like we do in power, topline will not be high," he said.
Currently, power and associated business contribute 80 per cent of the revenue for the company, while the rest 20 per cent have been generated by the Railways and other electrical products.
The new areas of diversification like municipal water projects, solar, clean Ganga mission, metro projects and high speed trains, aerospace and defence would help the power equipment maker to transform into an engineering powerhouse, the official said.
The power sector remains in stress and with emphasis by the government on renewables, the Central Electricity Authority (CEA) last year had said there was no need for new thermal power plants till 2022.
BHEL had then reacted saying even if new thermal project order might dip, replacement and modernisation projects order book was very strong. He clarified despite diversification in other areas BHEL remained committed to power. For capacity building in water projects, BHEL and the National Environmental Engineering Research Institute (NEERI), under the Council of Scientific and Industrial Research (CSIR) had signed a MoU for jointly working on projects related to water and waste water treatment in the municipal segment. "We are in touch with several municipal authorities like Patna and Varanasi. We are expecting a project in this segment shortly," Mathur said. It has also planned to collaborate with the Indian Space Research Organization (ISRO) to enter the maintenance, repair and operations (MRO) business. BHEl is also eyeing a major role in the Ahmedabad-Mumbai high-speed rail project, popularly called bullet train, ranging from manufacturing coaches, civil construction work to lay down rail lines.
Posted by PSU revival at 9:00 AM