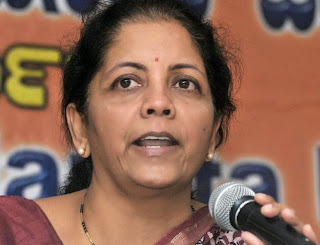 SHARES of leading public sector undertaking (PSU) banks were trading higher by up to 5 per cent on the National Stock Exchange (NSE) on September 14 after the Union government sought the Parliament’s nod for infusing Rs 20,000 crore in state-owned banks. Among individual banks, Uco Bank was up 5 per cent at Rs 13.65 on the NSE. Indian Bank, Bank of Maharashtra and Jammu & Kashmir Bank were up 2 per cent each, while Indian Overseas Bank and Bank of Baroda were up 1 per cent on the NSE. However, State Bank of India (SBI) was down 2 per cent to Rs 199, after falling 3 per cent from its intra-day high of Rs 206 on the NSE. Bank of India and Punjab National Bank were also trading in red, falling more than 1 percent from intra-day high on the NSE. At 01:45 pm, the Nifty PSU Bank index was down 0.31 per cent, as compared to... 0.72 per cent decline in Nifty Bank index and 0.38 per cent rise in the Nifty 50 index. The Supplementary Demand for Grants for expenditure of the Central government tabled in Parliament on Monday stated that there will a cash outgo for “meeting additional expenditure of Rs 20,000 crore towards recapitalisation of public sector banks (PSBs) through issue of government securities.” Finance Minister Nirmala Sitharaman had, during her Union Budget speech for 2020-21 in February, avoided going for recapitalisation of PSBs in this financial year. However, the Budget was presented before the Covid-19 pandemic had impacted the domestic economy.

Earlier, Modi-government on September 14 sought Parliament approval for a Rs 20,000 crore bank recapitalisation programme for this fiscal but the out-of-budget proposal may not be enough given looming bad asset concerns and the difficulties faced by PSU banks to raise funds from the markets. The lockdown has forced the government to do a U-turn on recapitalisation: in her budget speech in February, finance minister Nirmala Sitharaman had ruled out recapitalisation funds for banks as the government had already large sums in them over the past few years.

Amid the bad asset fears, the RBI prodded the Centre to go for a recap. In its stability report, RBI governor Shaktikanta Das said recapitalisation had “become necessary” and called for lenders to raise money in advance to “build resilience” in the financial system.

“There are certain stress points in the financial system, which would require constant regulatory and policy attention to mitigate the risks. The economic impact of the pandemic may result in higher non-performing assets and capital erosion of banks. A recapitalisation plan for PSBs and private banks (PVBs) has, therefore, become necessary,” Das said. According to the RBI, the gross non-performing asset ratio of PSBs will increase to 15.2 per cent of advances by March 2021 from 11.3 per cent a year back “under the baseline scenario”. Analysts said PSU banks may need capital to the tune of around Rs 60,000 crore in this fiscal alone, much in excess of the Rs 20,000 crore proposed in the budget.

Banks will have to set aside more funds to provide for a possible rise in bad loans during the second half, the analysts said.Experts, however, point out that much will depend on the one-time restructuring. The recast mechanism which was announced by the Reserve Bank of India (RBI) last month is expected to lower the capital needs of banks on account of lower slippages as banks restructure stressed assets. Last month rating agency Icra had estimated that the capital requirements for the state owned lenders could decline to Rs 20,000-55,500 crore this year. It had earlier projected capital requirements for PSU banks at Rs 46,000-82,600 crore for 2020-21. Rating agency CARE said the recap exercise was more likely to be undertaken through recap bonds rather than any budget expenditure as it does not come under the head of “cash outgo”. The rating agency did not rule out the possibility of the funds being raised through savings by other departments. “We need to see which of these options would hold here; and more likely it would be the first. This was not part of the budget and hence can be interpreted as being expended to cushion PSBs against the pandemic impact,” Madan Sabnavis, chief economist, Care Ratings said.