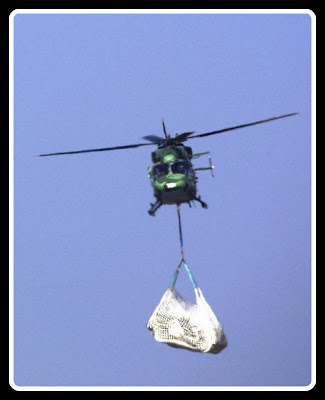 ARUNDHATI Bhattacharya, 57, created history on Monday when she took charge as the first woman chairperson of the country’s largest lender, State Bank of India (SBI). The youngest MD of SBI succeeded Pratip Chaudhuri, who retired on 30 September. She will hold the post for a period of three years in this 207-year-old bank. Bhattacharya has joined a select league of women bankers from PSU banks that include...
Allahabad Bank's Shubhalakshmi Panse, Bank of India's VR Iyer and Archana Bhargava of United Bank of India. Her appointment comes at a time when the government is all set to open the country's first bank dedicated for women, Bhartiya Mahila Bank. And it will be interesting to note how this task master handles the affairs of the lender which is not in a happy shape.
Bhattacharya has rich experience across almost all major business segments ranging from retail and corporate finance, treasury and international operations. Her balanced approach on handling issues will be crucial for her top job. She doesn’t hesitate to take tough decision.
On 21 September, a panel comprising financial services secretary Rajiv Takru and RBI deputy governor Anand Sinha had shortlisted Bhattacharya and Hemant G Contractor, another managing director of SBI, for the post of the bank’s chairperson. A Krishnakumar and S Viswanathan, the other two managing directors of SBI, were also interviewed. The fact that the panel reposed its faith on her reflected a new trend of breaking the glass ceiling at the top corporate level. The panel had confided on the banking caliber of this female dynamic leader who has over 37 years of banking experience.
Bhattacharya’s name was finalized for the SBI top job after the appointments committee of the cabinet headed by Prime Minister Manmohan Singh, gave its clearance.
She joined SBI in 1977 as a probationary officer and has served in various positions, including head of SBI Capital Markets Ltd, the bank’s investment banking unit. Bhattacharya had also served as a deputy managing director and corporate development officer at SBI. Bhattacharya also had a brief stint at the Bank’s office in New York.
She played a pivotal role in creating three of the bank’s newest subsidiaries -- in general insurance, custodial services and the SBI Macquarie Infrastructure Fund.
Moreover, unlike her predecessor Pratip Chaudhuri, who often clamped down on union activities, Bhattacharya shares a good rapport with the trade unions.
It will be a tough job for this official to deal with the bank’s gross non-performing assets, which shot up to 5.56 percent in the June quarter. The profits for the quarter also fell 13.6 percent to Rs 3241.08 crore from Rs 3751.56 crore in the earlier quarter.
SBI has a chairman or chairperson unlike other Public Sector Banks (PSBs) which combine the post of chairman and managing director. SBI has four separate MDs who work under the chairperson. Bhattacharya's appointment as chairperson leaves one MD's post vacant. SBI also has over a dozen deputy MDs and over 35 chief general managers (CGMs).
SBI and its five subsidiaries today control over one-fifth of the country's banking assets. It is the 66th largest bank in the world. The bank traces its roots to the British era when the British set up Bank of Calcutta in 1806, to be followed by Bank of Bombay in 1840 and Bank of Madras in 1843.
Posted by PSU revival at 9:37 AM