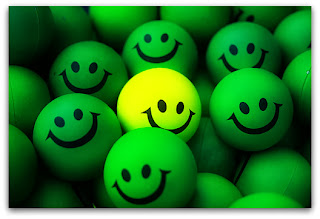 GIVING a further boost to its overseas exploration drive, a media report says ONGC Videsh, Indian Oil Corp and Petronet LNG will join hands with Japan's Mitsui and Mitsubishi Corp for almost 10-percent-stake in Russia's Yamal liquefied natural gas (LNG) project, which would benefit from greater access to Asian markets from the sale. Russia's top private gas producer Novatek controls....
60 percent of the Yamal project, which targets to produce 16.5 million tonnes (MT) of LNG by 2018. The gas producer has said it wants to sell almost 10 percent to retain a controlling stake.

Vedomosti business daily reported on Thursday that Novatek may split the 10 percent minus one share on offer between the Indian and Japanese consortium. France's Total owns 20 percent of the Yamal project, while another 20 percent is controlled by China National Petroleum Corp (CNPC).
Vedomosti said a Japanese delegation is expected to visit Moscow between December 25 and 27 to sign a deal on the Yamal stake.
Yamal LNG is building a natural gas liguefaction plant with annual capacity of 16.5 MT of LNG and 1 MT of gas condensate. The LNG plant will be built in three phases which will be put in operation at the end of 2016, 2017 and 2018. The capacity of each train will be 5.5 MT.
The unique location of the Yamal Peninsula opens up opportunities for a more flexible and competitive logistical model, thus, allowing year-round LNG supply to the Asian, Pacific and Atlantic markets and also to Europe and South America. Sabetta Sea Port will become a vital transportation hub, instrumental for the development of the Russian Arctic.
Earlier, OVL on November 20 signed Memorandum of Understanding (MoU) with Petrovietnam (PVN) to promote the joint cooperation in hydrocarbon sector in Vietnam, India and other countries. Under the MoU Petrovietnam has offered five blocks to OVL. OVL would assess these blocks and if these are of interest, it would make a proposal to PetroVietnam.
Vietnam is one of the focus countries for OVL where it would like to acquire stakes in oil and gas assets depending on techno-commercial viability.
OVL is a wholly owned subsidiary of Oil and Natural Gas Corporation Limited (ONGC) and is India’s largest international oil and gas E&P company. At present, OVL participates in 32 projects in 16 countries including Azerbaijan, Brazil, Colombia, Cuba, Iraq, Kazakhstan, Libya, Myanmar, Russia, South Sudan, Sudan, Syria, Venezuela and Vietnam. OVL is currently producing 160 thousand barrels of oil and oil equivalent gas per day and has total oil and gas reserves of about 433 mmtoe as on 31 March 2013. OVL has 22 overseas offices, located in HoChi Minh City (Vietnam),Yuzhno Sakhalinsk (Russia), Baghdad (Iraq),Tehran (Iran), Tripoli (Libya), Havana (Cuba), Caracas (Venezuela), Astana & Atyrau (Kazakhstan), Bogota (Colombia), Damascus (Syria), Calgary (Canada) and Baku (Azerbaijan).
Posted by PSU revival at 9:55 AM