NTPC set for heavy investment in Odisha; to bid for UMPP 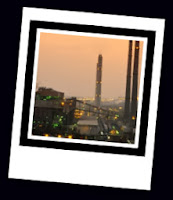 POWER major NTPC will bid for the proposed Ultra Mega Power Project (UMPP) at Bhedabahal in Odisha. The Maharatna company is all set for an expansion in the coal-rich state with two new power plants having 3,200 MW capacity each. This was disclosed by Arup Roy Choudhury, CMD, NTPC. NTPC aims to invest around...
Rs 150,000 crore in the state during the 12th five year plan, at a rate of Rs 20-30 thousand crore per year and has already invested about Rs 30,000 crore so far, the CMD said.
"We are very hopeful for UMPP at Bhedabahal and will bid aggressively for the project. The two new projects at Gajamara and Darlipali are in advanced stage of commencement while stage-II of the projects with similar capacity will be cleared later," Choudhury said.
The UMPP at Bhedabahal is a pit-head based project for which coal would be sourced from three coal blocks — Meenakshi, Meenakshi-B and Dip-side of Meenakshi — in the IB Valley coalfields in the state. Another proposed UMPP will be set up at Cheyyur in Tamil Nadu.
Bidding process for the two projects is underway. There will be major changes in the bidding format as it will mark a shift from the earlier build-own-operate (BOO) model to the new design-finance-build-operate-transfer (DFBOT) format — causing worries among developers and investors.
NTPC II has a present installed capacity of 3,460 MW, including Talcher Thermal Power Station (TTPS) and Talcher Super Thermal Power Station (TSTPS) at Kaniha. NTPC is also planning expansion of TTPS.
NTPC recently also signed a MoU with the Odisha government for setting up a medical college and hospital in Sundergarh district at an investment of Rs 350 crore. The state government would provide 20 acres of land free of cost for the institute the NTPC will invest Rs 350 crore on the project. The project is likely to be commissioned by 2016-17 academic year.
"The proposed medical college at Sundergarh will have 100 MBBS seats as per the norms prescribed by the Medical Council of India and the hospital will be a 400-bedded one," Roy Choudhury said. Of the 100 seats, 10 seats will be reserved for the qualified candidates of project-displaced families and students of NTPC employees' families, he said. Three medical college-cum-hospitals are already in the process of being set up in the tribal-dominated districts of Keonjhar, Kalahandi, Talcher (Angul), and at Sundergarh, health minister Damodar Rout said.
Posted by PSU revival at 10:43 AM