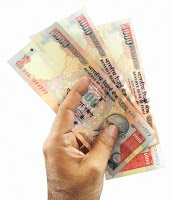 IN A major decision that will impact thousands of employees of five power sector PSUs, the Union Cabinet has said that deviant pay scales of below board level executives in five Central power sector PSUs will not be regularised, said a government release. The decision will impact below board level officials of five Central public sector units of the power ministry. These include...
Rural Electrification Corporation (REC), NHPC, North East Electric Power Corporation (NEEPCO), THDC India and SJVN. The decisions of the Cabinet will be implemented within a month, said the release. The modified pay structure was in deviation of DPE guidelines regarding the pay structure of the CPSE employees.

"The Union Cabinet has approved the proposal of the ministry of power that the deviant pay scales adopted for below Board level executives from January 1997 shall not be regularised," said the release. The release added that no recovery shall be made for the excess pay drawn for the last 16 years. The decision follows a recommendation by a group of ministers (GoM) headed by finance minister P Chidambaram that the pay scales may be fitted from January 2007 after correcting the deviations.
The five PSUs had adopted deviant pay scales from January 1, 1997 that did not meet the norms of the department of public enterprises – the nodal agency for all PSUs.


As a result, they could not adopt the new pay scales on regular basis that were brought into effect from January 1, 2007.
Posted by PSU revival at 10:01 AM