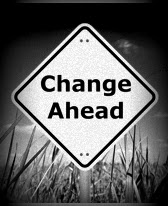 PUBLIC sector steel major Bharat Heavy Electricals Limited (BHEL) under the Ministry of Heavy Industries is pinning its hope for a turnaround post elections. Due to shortfall in the supplies of coal and gas the power sector was hit hit badly resulting in a tough time for the steel segment in India. Delays in environmental...
clearances for its projects also had an adverse impact in the industry.
In fact the company’s profits went down by almost 50 percent. Now, the Navratna PSU is expecting the new government to give some respite by adopting favourable policy that would generate more orders, particularly from railways, solar power projects and oil companies.
Some of the projects, especially in the Railways, involving the steel sector were announced by the UPA-II government but they failed to take off. In fact the railway is a major client of BHEL.
Bhopal unit of BHEL makes turbines, transformers, motors and switchgears. The company is expecting business from nuclear turbines, switchgears (mainly used in railways), AC motors and industrial motors once the new government is formed. Also, it would see a boost in its business from oil companies.
BHEL Bhopal posted Rs 100 crore in making electronics for Indonesian oil-rigs this year.
The total turnover of the engineering major has been revised downwards at Rs 48,000 crore. BHEL’s turnover declined to Rs 40,366 crore from Rs 50,156 crore in 2012-13.
The PSU suffered this year due to poor GDP growth as manufacturing sector suffered and faced a tough business environment.
The manufacturing sector feeds BHEL by placing orders in industrial motor manufacturing but poor GDP growth hit the company hard. Yet the company would maintain its 60-80 percent market share in the segment, said a media report quoting a government official.
Posted by PSU revival at 11:26 AM