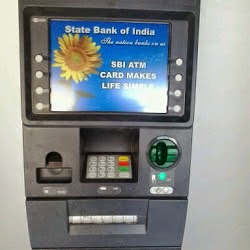 AS many as 18 public sector banks, including SBI and PNB, failed to fulfil the target for installing ATMs during 2013-14. Thus, these public lenders have over 9,300 branches without cash vending machines.
As per instructions...
from the Finance Ministry, a total of 34,668 on site ATMs were to supposed to be set up by PSU banks during the last fiscal.
But they fell short of the target and could install only 25,331 such machines by March 2014, thus falling short by 9,337, as per Finance Ministry data.
The last UPA government set the target for the public sector lenders to install such ATMs as part of its inclusive growth agenda.
As per the announcement in Budget 2013-14, public sector banks were required to ensure an onsite ATM in ever branch.
As on March 2014, Allahabad Bank was yet to set up 1,950 ATMs, Central Bank of India 1,620, Syndicate Bank 1,085, Bank of India 7,44, State Bank of India (SBI) 696, Indian Overseas Bank 553 and Punjab National Bank (PNB) 499.
But, Bank of Baroda, Bank of Maharashtra, Canara Bank, IDBI Bank and the four associates of SBI managed to meet the targets given to them.
There are roughly about 1.4 lakh ATMs of public and private sector banks in the country.
Installation of on site ATMs is part of the strategy to achieve financial inclusion so that financial services can be extended to the so far uncovered population.
In addition, it strives towards a more inclusive growth by making financing available to the poor in particular.
Posted by PSU revival at 10:09 AM