Thanks to PMJDY, salary windfall for PSU bank employees soon 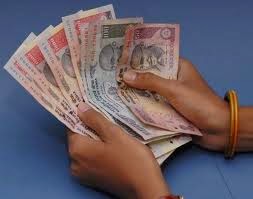 GOOD news for public sector bank employees. Soon, they may be rewarded out of the turn promotions, incentives, and transfer policies for their role in turning the Pradhan Mantri Jan Dhan Yojna (PMJDY) a success, says a media report. Under the scheme that aims at financial inclusion, 115 million...
savings accounts were opened by the public sector lenders thus far. The Pradhan Mantri Jan Dhan Yojana was launched by the Prime Minister of India, Narendra Modi on 28 August 2014. He had announced this scheme on his first Independence Day speech on 15 August 2014.

The move is a part of an overall HR policy overhaul of the banks. The move is seen as an attempt to keep pace with private lenders.
Under the scheme, officials have to undertake rural postings.
"Mandatory rural and semi urban posting is also required to be eligible for promotion to the next higher grade and the issue of promotion should be left to the individual banks," a top SBI official was quoted as saying in a national daily.
The policy revamp is also expected to reduce the large-scale poaching of government bank employees that is likely to be spurred by the Reserve Bank of India’s granting of licences to small finances and payments banks.
With rigid HR policies, there is discontent among the employees. If the salary structure is better, an exodus from state-owned banks is likely.
An industry source pointed out that shortcomings in the HR polices of these banks need to be addressed in order to boost the morale of employees.
Finance minister Arun Jaitley could even make an announcement about flexible HR policies in the forthcoming budget.
Posted by PSU revival at 10:43 AM