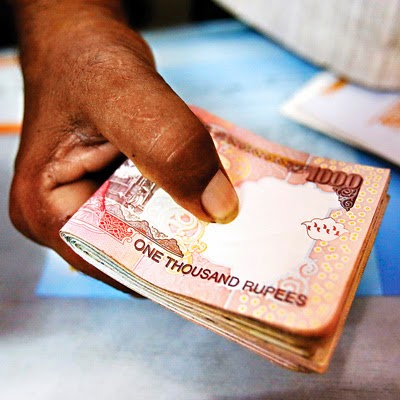 THE government has asked public sector lenders to increase lending to minorities with a view to ensuring that they get loans in proportion to their population.
It was decided at a meeting called by minority affairs secretary Arvind Mayaram with bankers.
The percentage share of lending...
to each minority community in proportion to their respective share in minority population will go up now.

Muslims constitute the largest community, followed by Christians. Third largest minority group is that of the Sikhs.
Besides, the RBI circular also mentioned Zoroastrians Buddhists and Jains as minority communities.
The issue also came up for discussions in the meeting chaired by finance minister Arun Jaitley with heads of public sector banks on Wednesday.
In order to ensure proportionate loans to minority communities, public sector banks are opening branches in minority concentration areas, sources said.
From October 1 to December 31, 2014, PSU banks have opened 238 new branches in minority concentrated areas, a senior finance official said.
The Centre has indicated that care should be taken to see that minority communities secure, in a fair and adequate measure the benefits flowing from various government sponsored schemes, the RBI master circular said.
All commercial banks, have been advised to ensure smooth flow of bank credit to minority communities, it said.
As per the RBI directive, banks have set up a special cell to ensure smooth flow of credit to minority communities. The cell is headed by an officer holding the rank of deputy general manager or assistant general manager (AGM) or any other similar rank who should function as a 'Nodal Officer'.
Government has identified 121 minority concentration districts having at least 25 percent minority population, excluding those States or UTs where minorities are in majority (J&K, Punjab, Meghalaya, Mizoram, Nagaland and Lakshadweep).
So, all public sector commercial banks are required to keep a tab on the credit flow to minorities in these 121 districts, thereby, ensuring that the minority communities receive a fair and equitable portion of the credit within the overall target of the priority sector.
Posted by PSU revival at 9:36 AM