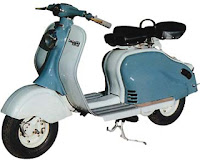 IN A bid to revive ailing PSU Scooters India, the government on August 4 invited applications to fill up the post of Director (Finance) in Scooters India, an ailing PSU which it is planning to revive.
"The post of Director (Finance), Lucknow is to be filled up on deputation basis in Schedule 'B' scale of pay," an office memorandum issued on August 4 said.
The government had earlier approved a Rs...
40,885 crore revival package for 46 ailing PSUs, including Scooters India. Under the package, cash and non cash assistance worth Rs 202 crore has package for 46 ailing PSUs, including Scooters India.
Scooters India Ltd, was incorporated in 1972 with the objective to manufacture two-wheelers and three-wheelers and is headquarterd at Lucknow.
The authorized and paid-up capital of the company was Rs 250 crore and Rs 85.38 crore, respectively as on March 31, 2015.
Last month, the union government told Parliament that it had approved a plan of revival of 46 ailing public sector undertakings, envisaging a total assistance of Rs.40,885 crore.
"The government has approved revival of 46 CPSEs (central public sector enterprises) envisaging a total assistance of Rs.40885 crore (cash assistance of Rs.10,932 crore and non-cash assistance of Rs.29,953 crore)," minister of state for public enterprises G.M.Siddheshwara told the Rajya Sabha on July 23.
As per the Public Enterprises Survey 2013-14, 71 CPSEs incurred loss during that fiscal.
"The reasons for losses vary from enterprise to enterprise. Some of the reasons are obsolete plants and machinery, outdated technology, heavy interest burden, resource crunch, surplus manpower, high cost of production, weak marketing and shortage of working capital," the minister said.
He also said that based on the recommendations of Board for Reconstruction of Public Sector Enterprises (BRPSE), the government had, till December 2014, approved closure of 9 CPSEs.
The minister said the government has approved closure of five CPSEs and offer of an attractive voluntary retirement scheme to their employees in relaxation of department of public enterprises guidelines.
The five companies which cannot be revived are HMT Bearings, HMT Watches, HMT Chinar Watches Ltd, Tungabhadra Steel Products and Hindustan Cables, which have a combined employee strength of 2,682, the minister said.
"Movable assets of CPSEs like plant and machinery, furniture and fixture, vehicles etc. would be either auctioned or transferred to holding/subsidiary/associate CPSEs or government/government-controlled body," Siddeshwara said.
Heavy Industries and Public Enterprises Minister Anant Geete had said last year that the government was working on a voluntary retirement scheme of Rs.1,000 crore for employees of 6 public sector undertakings beyond redemption, while efforts were on to revive another five — HMT Machine Tools, Heavy Engineering Corporation, NEPA Ltd, Nagaland Paper and Pulp Company and Triveni Structurals.
Posted by PSU revival at 10:00 AM