7th Pay Commission may recommend up to 30% pay hike: Reports 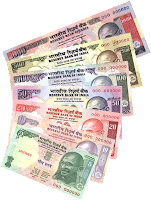 IN A heartening news for the Central government employees, the Seventh Pay Commission is likely to recommend a substantial pay hike which could be up to 30% or even more, said sources on Thursday.
There will be 5 to 6% performance-based increment every year and those who are under-performing could retire by 55 years of age or after 30 years of service, added sources. House Rent Allowance could also be hiked by 10% to 30%, say media reports.
The sources say that there will be a...
5 to 6 per cent performance-based increment every year.