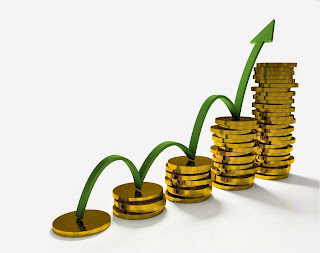 THE Prime Minister’s Office (PMO) has stepped into the process of divestment, wanting a clear roadmap for 58 loss-making Public Sector Enterprises. The Centre has already decided to close five of these units immediately, 11 will stop getting non-budgetary support. The PMO has asked the cabinet secretary to get an action plan ready for either the revival or the closure of the rest within a month.
The cabinet secretary has moved...
a note asking the department of disinvestment (DoD) to become the nodal ministry and take control over the entire process of overseeing the revival or closure of the sick PSUs.
The PMO's directive comes after an earlier effort to make it easy to do business in India and the government unveiled a series of steps to facilitate the process.
"It is a matter of great concern for the government because of the insolvency and sickness of the Public sector undertakings... Assets worth crores of rupees are locked in," the principal secretary in PMO Nirpendra Mishra was quoted as saying.
The cabinet secretariat wants the DoD to become the nodal ministry to look after the action plan and divestment of sick units.
Meetings were already held with 17 ministries to get their action plan. A set of questionnaire has also been sent to these ministries to get a clear picture of the units under them.
The PMO has asked the ministries for a clear demonstration of their viable business model, details of projected profitability and cash flow for 5 years.
The ministries have also been instructed to explain why the unit concerned was failing to make profits and its current market share.
The government has sold minority stake in three sick units this fiscal year to raise over Rs. 3,300 crore. With the sale of 10 percent stakes in Indian Oil Corporation, which fetched more than Rs. 9,300 crore, the government's disinvestment kitty is expected to swell to Rs. 12,600 crore -- the best first half in seven years.
This year, the government has a target to raise the highest ever amount - Rs. 69,500 crore -- from disinvestment. The DoD already has cabinet approvals for Rs. 50,000 crore worth PSU stake sale. However a volatile stock market is delaying the process of divestment.
Time and again, the government has been taking measures to revive ailing CPSEs. A committee of secretaries headed by former cabinet secretary and current chairman of the Public Enterprises Selection Board (PESB) Ajit Seth has also approved new parameters for revival of sick PSUs. The government has set up a committee under the NTPC chairman to explore the possibility of setting up a separate entity funded by financially strong CPSEs to look at management and revival of sick companies. Profitable PSUs have also offered to bail out loss-making companies provided their efforts are counted toward mandatory 2 per cent corporate social responsibility (CSR) norms.
Posted by PSU revival at 10:18 AM