When will the HMT, Pinjore staff get their salaries? 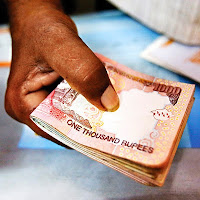 AROUND 1,600 employees of the HMT, Pinjore, are facing uncertainty as they have not received salaries for the past 14 months since the unit has been incurring losses for a long time. While employees of the public sector unit have now decided to resort to protests, Shivalik Vikas Manch president Vijay Bansal has sought the intervention of five Union Ministers from the state to help revive the sick unit.
The Pinjore unit of the HMT was the first one to be established away from its Bengaluru
...factory in 1963-64. During the Green Revolution, it was given the responsibility of manufacturing tractors in 1971. It provided employment opportunities. The youth of the area were trained technically at the HMT training centre. Every year, about 250 youth were trained under the scheme, and many of them were absorbed by the HMT. The unit made profits, contributing to the state exchequer, besides feeding other units of the HMT. At one stage, it was employing 7,000 persons.
However, in the 1990s, it started slipping into the red. The Centre announced a revival package of Rs 1,083 crore for the tractor unit.  However, a mere Rs 93 crore was allocated for working capital, which soon dried up and things remained same. The unit, which used to manufacture 19,000 tractors in a year, hardly manufactured 100-150 tractors each month now.
The Shivalik Vikas Manch president said the state was represented by five Union Ministers.
Earlier, the Centre decided in December 2014 to shut down the three loss-making HMT subsidiaries and merge the remaining two into a holding firm. A one-time voluntary retirement scheme, estimated at around Rs 25-55 lakh for each employee, is being worked out.
tThese three units of HMT innclude: HMT Watches, HMT Chinar Watches and HMT Bearing.
Posted by PSU revival at 11:53 AM