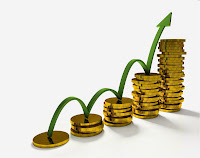 GIVING a boost to its policy to revive ailing PSUs, government has decided to revive loss-making Ranchi-based public sector firm Heavy Engineering Corporation (HEC) and HMT Machine Tools Ltd.
"Having closed down three of its subsidiaries, we are now looking to revive HMT Machine Tools as it is in the strategic sector. The other is Heavy Engineering Corporation, Ranchi which is again into core sector as it has applications...
in nuclear and defence areas," a senior official of Department of Heavy Industry was quoted as telling a news agency. Machine tools is a strategic industry which determines the manufacturing competitiveness in important sectors such as automobiles, heavy electrical equipment, defence, aerospace and consumer goods and other sectors.
They play a vital role in countering technology denial in strategic sectors such as defence production, nuclear, etc.
Government had earlier decided to close three unviable units of HMT including the once popular HMT Watches, along with HMT Chinar Watches and HMT Bearings, by offering a voluntary retirement scheme (VRS) to employees.
The Cabinet Committee of Economic Affairs (CCEA) had approved financial assistance and other measures for HMT Machine Tools Limited in 2014.
HMT Machine Tools Limited was carved out as a subsidiary of HMT Ltd (having 100 per cent shareholding) in the year 2000 with its head office in Bangalore. The company has facilities for manufacturing various types of machine tools and printing machines in its units located at Bangalore, Pinjore, Kalamassery, Hyderabad and Ajmer.
Heavy Engineering Corporation Ltd is one of the leading suppliers of capital equipment in India for steel, mining, railways, power, defence, space research, nuclear and strategic sectors.
Meanwhile, shares of HMT surged nearly 19 per cent amid reports that the government was looking to revive two of firm's loss-making subsidiaries, Heavy Engineering Corporation (HEC) and HMT Machine Tools, due to their 'strategic' importance.
Earlier, a delegation of employees of HMT Limited, Pinjore, Panchkula led by senior Members of Parliament, Ratan Lal Kataria and Keshav Prasad Maurya called on the Union Minister of State (Independent Charge) for Development of North Eastern Region (DoNER), MoS PMO, Personnel, Public Grievances, Pensions, Atomic Energy and Space, Dr Jitendra Singh on March 2 and sought the government's intervention to boost the HMT unit at Pinjore, Panchkula. Having been set up in 1963, with manufacturing facility for milling machines as well as major structures and critical components used in auto industry and other sectors.
In a memorandum submitted to Dr Jitendra Singh, the delegation submitted that, due to sub-optimal functioning of HMT Pinjore, not only the production has suffered but the employees are also left without salary for months together. There is a section of employees who have not received their salaries consecutively for more than a year causing tremendous agony and stress to the individuals and their families. The memorandum also claimed that the tractor business group is facing an escalation of expenditure up to Rs. 8 crore per month.
The memorandum stressed the need to give a boost to HMT in order to make it economically more viable. In this context, it was their suggestion that while purchasing machines, tractors and other tools for government use, priority should be accorded to HMT products.
Dr Jitendra Singh assured them that the issues raised by them will be put up before the concerned quarters, so as to find out what can be done to help HMT and its workforce.
Earlier, the Centre decided in December to shut down the three loss-making HMT subsidiaries and merge the remaining two into a holding firm. A one-time voluntary retirement scheme, estimated at around Rs 25-55 lakh for each employee, is being worked out.
Though the government is talking about VRS for the last two years nothing concrete has yet taken place. Many employees even haven’t received their monthly salaries for the last 17 months.
The three subsidiaries -- HMT Watches in Bengaluru, HMT Chinar Watches at Ranibagh in Uttarakhand and HMT Bearings at Hyderabad in Telangana – have 1,091 employees, who have not been paid salaries over the last 17 months or since April 2014.
The watch subsidiary, with 1,004 employees, has two factories in Bengaluru, one at Tumkur, and another at Ranibagh. The Chinar unit, with 31 employees, has a defunct factory at Srinagar in Kashmir and an assembly unit at Jammu, while the Bearing arm has 56 employees.
During the last four years, 835 employees left the PSU, availing of the liberal VRS package, based on the 2007 revised wages, as against the 1992 pay-scale, on which salaries have been paid over the last two decades.
Though some employees have availed the offer, many desire not to leave their jobs.
The other two subsidiaries -- HMT Machine Tools and HMT International -- will be restructured to support the government's "Make in India" flagship programme by rolling out more products and generating more employment.
The machine tools subsidiary, which also makes tractors, has five factories in Bengaluru, two each at Kalamassery in Kerala and Hyderabad, and one each at Ajmer in Rajasthan, at Pinjore in Haryana and at Mohali in Punjab.
The only profit-making HMT International arm was set up here in 1974 to export manufactured goods and offer consultancy in engineering and technical services from concept to commissioning on a turnkey basis. As a result, the watch subsidiary, which was churning out a whopping two million quartz and analog watches yearly till the 1990s, had an accumulated loss of Rs 2,252-crore and total liability of Rs 2,308 crore till fiscal 2012-14.
Posted by PSU revival at 10:19 AM