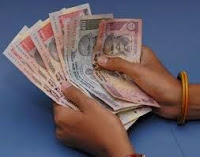 CENTRE on March 14 said it will come out with a Voluntary Retirement Scheme (VRS) for the employees of two HMT units at Pinjore, Haryana. The government has acknowledged that the staffers had not been paid salaries for several months. Intervening on an issue raised by Kumari Selja (Congress) during the Zero Hour in Rajya Sabha, Heavy Industries and Public Enterprises minister Anant G Geete said the HMT Pinjore units...
were in a "crisis" and employees have not been paid salaries.
He further said, "The Government will give VRS to HMT. We have talked with the employees, they are satisfied," he said. The Union Minister said that the package will be on the lines of VRS announced for three other HMT units earlier.
HMT Pinjore consists of a tractor plant and a machine tool unit. In January, the Government had decided to close three unviable units of HMT including the once popular HMT Watches, along with HMT Chinar Watches and HMT Bearings, by offering an "attractive" VRS to the employees as per 2007 pay scales. Former minister and Congress MP Selja raised the issue of non-payment of salaries to the employees of Pinjore units and asked why the government was adamant on its decision to shut down the units.
When the former urban development and poverty alleviation minister during the UPA government Selja said she suspected that the land would be sold after the closure of the units, Geete, however, said there was no plan to sell the land. Selja said she has written a letter to the Prime Minister over the plight of the thousands of employees who have not been paid salaries for several months. She also suggested that the Pinjore units should be revived through joint venture, with either defence or railways under the 'Make in India' initiative.
Earlier, in August Haryana Government had asked the Centre to transfer surplus land of the tractor-manufacturing unit's 837 acres to the state for creation of an industrial estate. Geete asked Haryana to take over the entire land in lieu of settling dues related to voluntary retirement schemes (VRS) of its employees and other liabilities. Geete wrote to Haryana government saying it could consider attractive compensation for the workers before shutting the unit. The PSU had manufactured successful tractors like HMT Zetor, HMT 3511 and HMT 5911 suitable for all farmers. For nearly two decades, the unit's manufacturing capacity had gone down drastically with private players capturing the tractor market, directly impacting around 2,000 employees. HMT had its golden days till 1999 when it reached the highest output figure of 19,500 tractors in a year and manufactured the highest number of machine tools. Its downfall began from 2000 following the surge in private players in tractor making, especially foreign companies. HMT's failure in keeping pace with the changing trends played its part as well. In April 2013, the Center approved Rs 1,083 crore for the revival ailing HMT, Pinjore. The package included salary and arrears of employees, repayment of loans taken by HMT from public sector banks and a working capital of Rs 100 crore to be released in three installments.
Posted by PSU revival at 9:30 AM