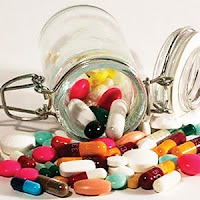 HINDUSTAN Antibiotics Ltd, a loss-making PSU under the Department of Pharmaceuticals, is set to be a test case for Prime Minister Narendra Modi’s policy vis-à-vis sick PSUs, many of which hold several acres of land in Mumbai and Delhi and have on their payrolls thousands of employees. The Union Cabinet has set up a Group of Ministers under Finance Minister Arun Jaitley to recommend if the Pune-based drug making PSU can be shut down. The decision was taken...
last week, after the Minister in-charge of the Department of Pharmaceuticals, the company’s administrative department, Ananth Kumar issued a Cabinet note proposing to revive the loss-making public sector unit (PSU) mainly with funds to be raised through the sale of its land holdings.
If the case of the sick PSU can be pursued in the positive manner, it will rekindle hope for many other ailing state-run entities. The note was circulated days before NITI Aayog is to submit recommendations to the Prime Minister on government’s policy for the 74 central PSUs that have turned sick or are making a loss of the total operational 235, a top government official, was quoted as telling The Hindu.
Roads Minister Nitin Gadkari and Ananth Kumar are the other members of the group of ministers. Kumar’s proposal was opposed by “some senior ministers” at the Cabinet meeting, who argued, that sale of land cannot be taken to be a business plan.
“If a revival plan is a good business plan then a bank would be willing to lend to you for it…there would be no need for selling assets,” said an official at NITI Aayog. “That should be the real litmus test for revival plans,” the official added.
The decision of the group of ministers is expected to become the guiding principle for the closure of the remaining loss-making/ sick PSUs, a politically sensitive issue as it involves golden handshakes for employees and the sale of land. Sales of land by previous governments led to adverse observations by the Comptroller and Auditor-General.
Hindustan Antibiotics Limited, based in Pimpri, Pune, is among the first public sector drug manufacturing companies set up by the Government of India. It was the first company in India to launch a recombinant DNA product, rHU-Erythropoietin (Hemax) in 1993. The PSU introduced new products like Halpen, Haltax, Hexpan in 2008. HAL was set up in cooperation with the WHO and UNICEF with the social objective of providing affordable drugs throughout India.
After reporting an operating loss in 1997, the PSU was reported to the Bureau of Industrial and Financial Restructuring (BIFR). On 17 January 2009 the company was taken off the books of the BIFR after reporting a record turnover of Rs 120 crore ($24 million).
Earlier, the government was looking to raise Rs 1,700 crore by monetising a part of land parcels owned by sick public sector pharma companies and using the proceeds for their revival.
IDPL has debt of Rs 1,000 crore and HAL Rs 650 crore. IDPL has lands in Chennai, Hyderabad, Hrishikesh and about 90 acre in Gurgaon.
HAL has around 270 acre land, and even if 40-50 acre is sold the target can be met.
Posted by PSU revival at 9:30 AM