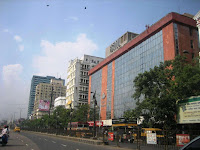 THE NDA Government at Centre has given its stamp of approval for strategic disinvestment of three loss-making units of Steel Authority of India Limited (Sail). These ailing PSU units include: Visveswaraya Iron and Steel Plant, Bhadravati, Salem Steel Plant and Alloy Steels Plant, a Sail subsidiary based in Durgapur.
“The entire process of the strategic disinvestment would be carried out with the help of a transaction adviser, a legal adviser and an asset valuer, the process of appointment of which has already begun,” an official statement said. Despite investment of around Rs 400 crore, Visveswaraya is making losses for the past 10 years. Similarly, despite...
investment of around Rs 2,200 crore under a modernisation and expansion plan, the Salem plant is making losses for the past five years, as is Alloys Steel.
A big modernisation and expansion programme had been carried out simultaneously at all the five major plants — Bhilai, Bokaro, Rourkela, Durgapur and Burnpur and the special steel plant at Salem. The expansion plan, besides capacity enhancement from 12.8 million tonnes per annum to 21.4 million tonnes per annum of crude steel, adequately addresses the need of the Sail plants towards eliminating technological obsolescence leading to improvement in operational efficiency. The cumulative expenditure incurred till February was Rs 64,986 crore towards modernisation and expansion, mines and related sustenance schemes.
The government had earlier said it would not go in for distress sale of the three Sail subsidiaries and rather look for a management that will turn around the units.
The Maharatna PSU had earlier said the government will hold auction to identify strategic buyers for the Sail subsidiaries — Bhadravati, Salem and Alloys Steel.
Tasked by the Prime Minister’s Office to examine the viability of ailing state-owned companies, the Niti Aayog had earlier submitted two separate lists of sick and loss-making public sector undertakings, one comprising those which could be closed down and the other of those that should be privatised through strategic sale.
Steel Authority of India Limited (SAIL) is the largest steel-making PSU in India. SAIL produces iron and steel at five integrated plants and three special steel plants, located principally in the eastern and central regions of India and situated close to domestic sources of raw materials. SAIL manufactures and sells a broad range of steel products. The government of India currently owns about 75 percent of SAIL's equity and retains voting control of the PSU.
Posted by PSU revival at 5:30 AM