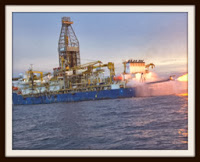 ONGC registered 6.3 percent increase in natural gas production in 2017-18 and is on track to double the output by 2022, a top company official said. It produced 23.484 billion cubic meters of gas in 2017-18 as against 22.088 bcm in 2016-17.
This is the highest gas output by Oil and Natural Gas Corp in five years and the growth rate is higher than the global average of 3-4 percent year-on-year.
ONGC has stepped up on bringing newer fields into...
production after Prime Minister Narendra Modi set a stiff target of reducing oil import dependence by 10 percent by 2022. India currently imports over 80 percent of its oil needs.
The overall gas production, which includes production from the joint ventures, registered a growth of 5.8 percent at 24.610 bcm, as against 23.270 bcm in the previous year.
This is the highest ever overall growth in percentage terms since 2001-02, a top ONGC official said. The PSU is targeting gas production of 24.41 bcm during the current financial year and incur an investment of around Rs 7,000 crore.
While the main incremental growth stand-alone basis came from western offshore, the onshore fields have also contributed substantially despite natural decline coupled with several other constraints.
During the last financial year, ONGC's offshore gas production stood at 17.845 bcm against 16.883 bcm produced in 2016-17. The onshore registered a production of 5639 bcm gas in the last fiscal year against the production of 5.205 in the previous fiscal.
The growth in output was largely contributed by C-26 Cluster fields, Daman and Vasai East fields in the western offshore as well as sub-sea well S2AB in the eastern offshore, he said.
From the onshore fields, there has been an increase in production particularly from Ramnad area in Cauvery Asset. There has also been a considerable increase in associated gas production from Ankleshwar and Assam Assets.
ONGC CMD Shashi Shanker said the company has been aggressively pursuing the gas production growth in line with the government's drive for cleaner gas economy.
He said the company has charted out a mission to double the gas production at 42.7 bcm by 2021-22.
"The production growth last year is only a testimony to that goal," he said, adding the company was on track to meet the target.
The total investment in the ONGC's ambitious gas projects stands at Rs 57,000 crores, which is one of the highest investments in the world as far as the gas projects are concerned. This investment includes the high potential KG-DWN-98/2 project which is being implemented on a fast track basis. First gas from the project is targeted for 2019.
The job for the early monetisation of discoveries both from the west and the east coast has been rigorously monitored at the highest level in order to ensure that the company's ambitious gas production goal is achieved on schedule, Shanker said.
The official said ONGC has drastically reduced gas flaring during the last fiscal, leading to considerable savings. The gas flaring stood at 1.92 percent in 2017-18, lowest since 1999-2000. This is only technical flaring and due to non-availability of customers like in the previous years.
Posted by PSU revival at 9:06 AM