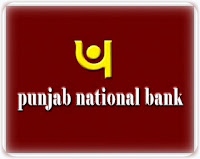 PUBLIC sector banks incurred losses to the tune of a whopping Rs 87,300 crore in 2017-18 fiscal. Punjab National Bank topped the list with of nearly Rs 12,283 crore losses. Out of the 21 state-owned banks, only two banks, Indian Bank and Vijaya Bank, posted profits during 2017-18. Indian Bank posted the highest profit of Rs 1,258.99 crore and Vijaya Bank's profit was Rs 727.02 crore in the fiscal.
The net loss posted by state-owned banks was about...
Rs 85,370 crore in 2017-18 as against a net profit of Rs 473.72 crore in the previous fiscal.
The 19 government-run banks collectively posted a net loss of Rs 87,357 crore during the fiscal, according to the latest quarterly numbers posted by these lenders.
Scam-tainted Punjab National Bank, which is reeling under more than Rs 14,000-crore scam allegedly perpetrated by Nirav Modi and associates, posted a net loss of Rs 12,282.82 crore last fiscal. In 2016-17, the Delhi-headquartered bank had posted a profit of Rs 1,324.8 crore.
PNB was followed by IDBI Bank, whose net loss widened to Rs 8,237.93 crore in the fiscal ended March 2018 from Rs 5,158.14 crore in the previous year.
India's largest bank State Bank of India too added hugely to the combined losses of PSBs. SBI's net loss in 2017-18 stood at Rs 6,547.45 crore as against a net profit of Rs 10,484.1 crore in 2016-17.
Indian banking sector is grappling with mounting non-performing assets (NPAs) and host of scams and frauds.
The NPA in the banking sector stood at Rs 8.31 lakh crore as of December 2017.
Weak financials due to mounting bad loans have already pushed 11 banks, out of 21 state-owned banks, under the Prompt Corrective Action (PCA) framework of the Reserve Bank.
The recent tight prudential norms released by the RBI on February 12 have added to the NPA woes.
Interim Finance Minister Piyush Goyal has announced setting up of a committee to give recommendations in two weeks on formation of an Asset Reconstruction Company for faster resolution of stressed accounts.
The committee under Sunil Mehta, non-executive chairman of PNB, will make recommendations in two weeks on setting up of an Asset Reconstruction Company or Asset Management Company for faster resolution of stressed accounts.
The finance minister said the committee will consider whether such an arrangement will be good for the banking system and, if any such suggestion is advisable, it will also consider the modalities by which such an ARC and/or and AMC should be set up.
Posted by PSU revival at 8:30 AM