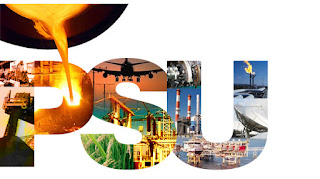 IN THE first such meeting, Prime Minister will interact with captains of the Public Sector Enterprises (PSEs) on Tuesday on a range of issues including autonomy, MoU system and government companies’ desire to go global. Designed on the line of…
PM’s meeting with private sector honchos every year, PM-PSU interaction will give an opportunity for the captains of public sector enterprises representing Maharatna and Navratna companies to convey their views to the Prime Minister on several key issues such as autonomy and empowerment, disinvestment plans, improvement in MoU system, flexibility and professionalization of CPSE boards, future investment plans and capital expenditure and also their plan to go international.
As many as 25 heads of Central public sector enterprises are expected to attend the meet.
According to a government statement, 248 CPSEs touched an all-time high investment of more than Rs 666,000 crore during 2010-11, which was 15% more than the previous year. They recorded a turnover of more than Rs 1473,000 crore, which was over 18% more than that of previous year. CPSEs also contributed more than Rs 156,000 crore to central exchequer by way of duties, taxes, interest, dividend etc. in 2010-11. Also, they earned foreign exchange of Rs 97,000 crore.
The 45 listed CPSEs had market capitalization of around Rs 1506,000 crore, which constituted about 22% of total market capitalization of Bombay Stock Exchange as on March 31, 2011.
Posted by IPS at 12:53 AM