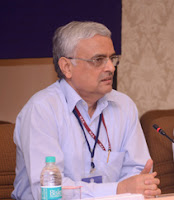 DEALING with state liquor barons is a tough job for any bureaucrat. Such people have money, muscle power and ability to manipulate the system at their will. An officer at times tries to do incremental changes here and there, but finally falls in line because the officer may end up getting punished for such heroism.
But here is a man, now a secretary level officer in Government of India, who as excise commissioner in Madhya Pradesh, quietly changed the character of liquor trade eight years back, and also ensured the state earns more. Here is his management formula and how it had worked:
When O P Rawat, a 1977 batch IAS officer, took charge of excise commissioner in Madhya Pradesh in January 2004, he was shocked to find that the annual excise earning for the state remained at about Rs 800 crore for 10 years. After a few days, he had realized that revenue would improve only if
a) Transparency is brought into the system, and
b) Character of the trade gets changed.
Rather than the auction for liquor licenses which were needed to set up shops, he had then fixed a license price at a higher rate, and introduced a lottery system to choose the winners. To everyone’s surprise, many people including the educated lot came forward and applied for liquor shops. Those handful of people who used to capture the liquor licences, were cornered by the new-found transparency tool. The result: the excise revenue registered a 25% increase in the very first year totaling at Rs 1000 crore. Eight years later, MP now earns about Rs 4,000 crore a year as excise revenue, and many educated people including women have entered into the trade which was once dominated by a select few.
So, here is a management lesson: Just bring in uncertainty if a rotten system is heavily tilted in favour of a select few. But that uncertainty must come with a fair degree of transparency. In this case, the lottery system for a fixed-rate license brought uncertainty among those who used to dominate the trade. And gradually, those elements faded away.
It’s a different matter that Rawat, the bureaucrat behind the change, received the prestigious PM’s Awards for Excellence in Public Administration in 2010, but for another initiative: Recognition of forest rights in MP. (Courtesy: www.babusofindia.com)