Soon, you could buy your shirt & shoes from IRCTC! 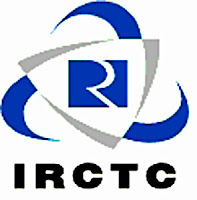 IN COUPLE of months' time, the Indian Railway Catering and Tourism Corporation (IRCTC) won't just be selling rail tickets for you. You can buy apparels and footwear as well from the public sector company that comes under the administrative control of railway ministry. The IRCTC has in fact tied-up with Shop Online Trading Pvt. Ltd (SOTPL) to sell apparels, footwear, home appliances, books, mobile phones, home furnishing etc. The SOTPL with its brand name...
Yebhi.com will provide the back-end support of supply chain logistics whereas the front-end will be of the IRCTC through its online portal, an official statement of IRCTC said on Thursday.
Its rail e-ticketing site www.irctc.co.in gets around 12 to 15 lakh visitors a day and books 4.3 lakh tickets on an average in a single day. It even achieved a record 5.1 lakh tickets on a single day on March 1, 2013.
Though e-commerce penetration in India is low as compared to USA, UK and other European countries, it is growing at a much faster rate. The e-commerce market in India was $2.5 million in 2009, which grew to $14 million in 2012. The IRCTC is expecting to capitalize its huge user base of 2.5 crore to make a big stride in the online shopping.
The IRCTC is now turning into one of the most diversified PSEs. In addition to rail e-ticketing and rail tourism packages, the IRCTC has already entered into the hospitality business, catering to corporate clients through its ultra-modern kitchen at Noida with a capacity of producing 25,000 meals a day. Also, the packaged drinking water brand Railneer, with a production line of 4.1 lakh bottles a day, is its other popular product. The IRCTC is set to add six more plants, for production of Railneer, to its existing three plants in another couple of years.
Posted by IPS at 2:00 PM