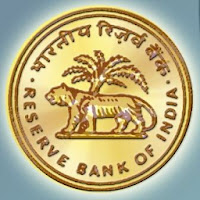 TACKLING the growing menace of bad loans or non-performing assets (NPA) has become a major challenge for the public sector banks. According the Reserve Bank of India (RBI), whch is constantly keeping a vigil on the scenario along with the finance ministry, top 30 NPAs of the public sector banks account for one-third of the total gross non-performing assets of state-run banks. The gross non-performing assets (GNPA) amount of top 30 accounts of public sector banks (PSBs) stood at...
Rs 63,671 crore at the end of June, 2013. The total GNPA outstanding of 26 PSBs amount for Rs 182,829 crore. In case of nationalised banks, top 30 defaulters add 43.5 percent to the GNPA with Rs 48,406 crore. The total GNPA of 19 nationalised banks stood at Rs 111,209 crore.  The GNPAs of SBI Group, comprising SBI and its five associates, were worth Rs 71,620 crore. Top 30 loan defaulters of SBI group had a loan outstanding of Rs 15,266 crore (21.3 percent) of the total loan.

Punjab and Sind Bank tops the list with 62.53 percent of GNPA being contributed by top 30 loan defaulters, followed by State Bank of Hyderabad with 57.50 percent, Vijaya Bank with 53.64 percent and Corporation Bank with 53.40 percent at the end of June, 2013.
Recently, finance minister P Chidambaram said the government is monitoring the top 30 NPA accounts in each PSU bank and asked the banks to set up separate verticals to recover money.
"We are monitoring the top 30 NPA accounts in each bank, each zone. It is a matter of concern that it is the big borrowers (with loans of over Rs 1 crore) who are defaulting," Chidambaram had said. RBI governor Raghuram Rajan also talked tough when he said that wilful defaulters would be dealt with a strong hand. He had stated that "this is not being said to create an atmosphere of fear or to be vindictive".  The finance minister also directed PSBs to set up a separate division for recovery of technically written-off accounts. This is the first time banks have been asked to come up with a dedicated vertical for recovery of such accounts since PSBs already have recovery cells for technically written-off accounts. The total technical write-offs in the banking system as of June-end 2013 stood at about Rs 83,000 crore.
In the case of six banks — Indian Overseas Bank, Indian Bank, Bank of India, Bank of Maharashtra, Union Bank of India and Syndicate Bank — the write-offs have been more than their recoveries during the quarter ended June 2013. Large borrowers, who borrow above Rs 1 crore, account for bulk of the NPAs.
Posted by PSU revival at 9:04 AM