Retirement age of PSU employees to remain at 60, but lucky CMDs may serve beyond 60 years. How? 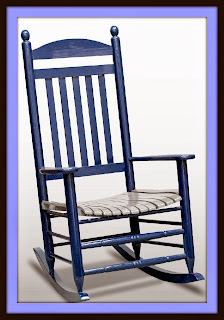 COME December, the chiefs of public sector undertakings may get a fixed tenure of three years. That means some PSU heads, who get the top job just before retirement, will actually remain in service beyond the age of 60. But the media reports that the government may increase the retirement age of PSU employees to 62 is untrue, according to at least three government officers who are in the know. The government is all set to...
accept and implement the Roongta Committee recommendations on fixed tenures for the PSU honchos. According to sources, the government has made up its mind in accepting the recommendations, but was forced to delay the implementation as poll model code of conduct is in force in view of the forthcoming assembly elections in five states. The government has decided to implement the recommendations sometime in the second half of December when the effect of the code of conduct will expire. The decision may benefit some honchos of PSUs. Some of the PSU heads will remain in office beyond the age of 60 in order to complete their three year tenure.
In other words, the retirement age for most PSU employees will remain at 60, but some of their bosses may stay in office two to three years beyond the age of retirement.

Such a move will ensure transparency and efficiency in the functioning of the PSUs, and will put an end to uncertainty about the tenure of the chiefs. Recently, in the case of Power Finance Corporation (PFC), the incumbent chairman was unaware about his extension or removal till the last moment. The five-year tenure of Satnam Singh had ended on July 31 but the government allowed him to continue “till further orders”. However, in a sudden move, on the evening of September 13, Singh was asked to hand over the charge to MK Goel, director (commercial). Singh had some five years more to go before turning 60 but was denied a vigilance clearance.
However, the Roongta committee has not recommended the extension of retirement age of PSU chiefs till 62 as wrongly reported in a section of media, the source said.
Those PSU heads who are about to retire are likely to be major beneficiaries. Suppose a PSU head is appointed at the age of 57, he won't be benefited as he will retire at the age of 60. But if such a person is appointed at 58 or 59, he will remain in office till he completes his three year tenure.
A group of ministers (GoM) headed by finance minister P Chidambaram, looking into public sector reforms on the basis of the suggestions of the Roongta committee, had cleared this proposal in May this year. This was to extend the service of executives for up to three years, even if they attained the age of superannuation (60 years).  As on March 31, 2012, there are 260 CPSUs (excluding seven insurance companies) with a total investment of over Rs 7 lakh crore. These companies employ nearly 14 lakh people (excluding contractual and casual labour). However, at present, only 225 CPSUs are operating, out of which 161 are making profit, 63 are loss-making and one is a no-profit-no-loss company.
Posted by PSU revival at 12:03 AM