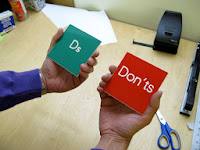 THE department of personnel and training (DoPT) has taken out a set of guidelines for processing cases of board-level appointments in central PSUs compiling existing rules and other relevant documents. The 44-page handbook is seen as an attempt to streamline the appointment process and to make it more transparent. Here are 15 interesting facets of the guidelines...
1. In the case of sick or loss making CPSE for which revival plan has been approved by the government, the tenure of an outstanding performer in the Board may be extended till he attains the age of 65 years.

2. The chief executives and functional directors of such CPSEs can be considered for a lump-sum incentive up to maximum of Rs 10 lakh out of the profits of the CPSE besides usual pay, allowances and perks attached to the post.
3. PESB has circulated formats for special performance report (SPR) and guidelines and the minimum acceptable score in the SPR is 37.5 out of 50 with no single attribute having a score less than three.
4. The powers to make appointments of chairman, CMD and other members of any Schedule ‘A’ and Schedule ‘B’ state-owned public corporations, except where such appointment is made on ex-officio basis by the government, rests in the ACC. In respect of Schedule 'C' and 'D' PSUs, the power of such appointment has been delegated to the administrative ministry.
5. As per existing instructions, the deputation of government officers to posts in CPSEs is not permitted. They can join posts in CPSEs only on immediate absorption basis. Deputation could be permitted only if the post has been exempted from the rule of ‘immediate absorption’.
6. The advertisement for a vacancy should be released by the PESB one year before the expiry of the tenure of the incumbent.
7. The ministry concerned can finalise or modify the job description or qualifications or eligibility conditions and communicate the same to the PESB, three months in advance of the stipulated period of one year.
8. The recommendation of the PESB shall be sent to the ministry concerned six months before the expiry of tenure of the incumbent.
9. A candidate applying for a board level post may be internal (from the same CPSE or its subsidiary), sectoral (from PSEs of the same administrative ministry), external (from any other CPSE) or Central Govt.
10. When a candidate moves from Company A to Company B on a Board level position, he is expected to work for minimum two years in order that restriction of job hopping does not apply to him. If he has put in less than 2 years, the rule of job hopping will apply to him for a position in other companies.
11. In case the Schedule of a PSU has been upgraded and consequently internal applicants, who were otherwise eligible have become ineligible on the basis of lower pay scale or duration of service in eligible pay scale would continue to be eligible.
12. A candidate may apply any number of times in a calendar year, but he may be allowed to appear only up to four times in selection meetings, in a calendar year. This restriction in number of appearances has come into effect from 1st January 2013.
13. A candidate recommended at No 1 in the panel for a Board level post is not considered for another board level post for a period of six months from the date of selection interview or till the approval of the concerned panel, whichever is earlier.
14. The details of all the candidates interviewed and recommended by the PESB for each vacancy shall be placed on the website of the PESB, the same day the interviews are concluded.
15. The PESB sends only one name to the ministry for its consideration. A reserve panel is kept in ‘sealed cover’ with the PESB and is disclosed only upon the order of the ACC.
Read
Full text of the GUIDELINES
Posted by PSU revival at 9:54 AM