Govt set to sell ailing PSUs; Will it find buyers? 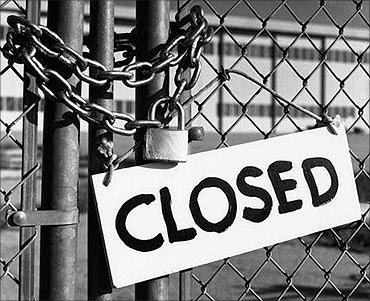 COME April and the government will start selling ailing PSUs such as Scooters India Limited, while continuing minority stake sale in profitable ones such as NMDC.
This is in line of the policy of the government to off load the share sale programme in FY16 to achieve the disinvestment target of Rs 69,500 crore. But the big question is will it find...
suitable takers for the sick units which will require a huge amount of fund fort revival.

Having missed the PSU stake sale targets for the five years to FY15-end, the government is determined to avert a repeat of such failures, says a media report.
Other sick PSUs to be sold off include Tyre Corporation of India, HMT Bearings, HMT and Richardson & Cruddas.
Besides, the government will also identify profit-making companies for full exit, as stated by finance minister Arun Jaitley in a post-Budget interaction.
He almost halved the disinvestment revenue for FY15 to Rs 31,350 crore in the revised estimate presented in Parliament on February 28.
Of the projected disinvestment revenue for FY16, a large part of Rs 41,000 crore is expected from minority stake sale in state-run companies while Rs 28,500 crore will be garnered from strategic sale, which could comprise sale of the government’s residual stakes held through SUUTI in private companies namely ITC, Axis Bank and L&T.
The stakes in ITC, Axis Bank and L&T could fetch the government Rs 62,738 crore at current prices. In fact this alone can fetch the amount estimated in the Budget from disinvestment but given some legal and strategic issues, the government may opt to restrict the sale of SUUTI stakes to what could be mobilised from a close-ended exchange traded fund derived from a portion of these stakes.
Given the additional pressure on central government finances due to higher devolution of resources to states, the finance ministry is keen to sell stake in at least one PSU every month beginning April to avoid delays which derailed the disinvestment programme year after year.
In fact Cabinet notes have already been moved for NMDC and Nalco, a leading financial daily quoting an official source reported.
The government plans to sell 10 percent each in the two firms in FY16.
The government also plans to sell five percent stake in engineering major Bharat Heavy Electricals and 10 percent in Indian Oil Corp.
A five percent share sale in Oil and Natural Gas Corporation will proceed after the subsidy sharing issue is resolved.
ONGC bears a part of losses on state-set fuel prices incurred by oil marketing companies, which has put off investors.
Posted by PSU revival at 11:06 AM