LIC pushes for a pension insurance scheme that lapses on August 14, 2015 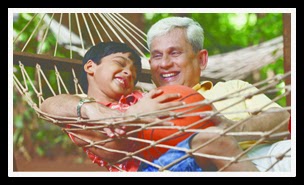 STATE-run Life Insurance Corporation of India (LIC) has been aggressively marketing a pension scheme that found its mention in 2014-15 Budget as announced by union finance minister Arun Jaitley after the NDA government had come to power last year. The sense of urgency has come as the scheme called...
Varishtha Pension Bima Yojana (VPBY) benefiting citizens aged 60 years and above, will lapse on August 14, 2015. In fact, the finance minister revived the scheme which had prevailed during Atal Bihari Vajpayee-led NDA government.
Here is the excerpt from Jaitley’s 2014-15 Budget speech: "NDA government during its last term in office had introduced the Varishtha Pension Bima Yojana (VPBY) as a pension scheme for senior citizens. Under the scheme a total number of 3.16 lakh annuitants are being benefited and corpus amounts to Rs.6,095 crore. I propose to revive the scheme for a limited period from 15th August 2014 to 14th August 2015 for the benefit of citizens aged 60 years and above."
According to the scheme, during the lifetime of pensioner, a pension in the form of immediate annuity as per mode chosen by the pensioner shall be payable. And on death of the pensioner, the purchase price will be refunded.
Even in Budget 2015-16 presented on February 28, 2015, Jaitley talked about the need to create "pensioned society". He introduced various tax incentives as well as a new pension scheme in the recent Budget.
Posted by IPS at 12:32 AM