Know more about the youngest PSU in India IFCI 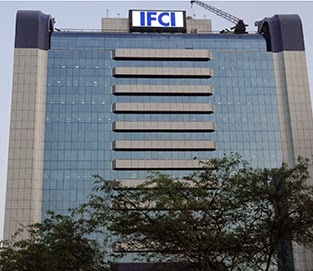 IFCI Ltd has become a state-owned firm (PSU) with the government increasing its stake in the infrastructure financing firm to 51.04 percent.
The Industrial Finance Corporation of India was set up by government on July 1, 1948 as the first Development Financial Institution in the country.
The government has acquired IFCI's...
6,00,00,000 Preference shares of Rs 10 each from certain scheduled commercial banks and has consequently increased its holding from 47.93 per cent to 51.04 per cent of the paid-up share capital.

"As a result of...Increase in shareholding of the Government of India, IFCI has become a 'Government Company' as per the provisions of Section 2(45) of the Companies Act, 2013, with effect from April 7, 2015," the company said in a BSE filing.
IFCI was provided access to low-cost funds through the central bank's Statutory Liquidity Ratio or SLR which in turn enabled it to provide loans and advances to corporate borrowers at concessional rates.
By the early 1990s, it was recognised that there was need for greater flexibility to respond to the changing financial system. It was also felt that IFCI should directly access the capital markets for its funds needs.
In 1993, IFCI was converted from a statutory corporation to a company under the Indian Companies Act, 1956. Subsequently, the name of the company was also changed to "IFCI Limited" with effect from October 1999.
IFCI was founded on July 1, 1948, as the first Development Financial Institution in the country to cater to the long-term finance needs of the industrial sector.


There are now 255 public sector undertakings in India out of which seven are Maharatna PSUs, 17 Navratna PSUs and 54 are Miniratna entities. Out of these, over 60 PSUs are categorised as sick PSUs getting aid from the government for their revival.
Posted by PSU revival at 10:00 AM