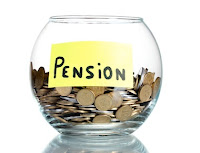 AT A time when the government is mulling to close down three units of the ailing PSU HMT, the HMT Non-pensioners Association, an association seeking pension benefits for the retired employees of Hindustan Machine Tools (HMT), Kalamassery, has shot a letter to Prime Minister Narendra Modi, requesting him to introduce a pension scheme for the fully...
government-owned public sector engineering company.

In the memorandum sent recently to the prime minister, association general secretary E V Raghavan noted that over 4,000 specially skilled workmen, engineers, administrative staff and other workers were employed by HMT’s printing machine unit at Kalamassery, reported The New Indian Express.
The memorandum said that HMT was always a profit-making company but its profits were being diverted to other loss-making units.
Employees, who retired after 20 to 35 years serving at HMT, at present got no benefits under any pension scheme, the memorandum added.
“These employees are ineligible for benefits under any of the statutory or non-statutory pension schemes or social benefit schemes,” the letter said.
It further said that after retirement, the life of those employees had become miserable and many were destitute with no support from any quarters.
The association pointed out that the employees of all other PSUs got pension benefits.
It also informed Modi that the company had its own internal resources to set up a pension scheme.
The PSU unit posted profit for the fifth successive year this year.
The HMT unit made a profit of over Rs. 5 crore during 2013-14 over a total business turnover of Rs. 64 crore. Business target set for the current financial year is Rs. 82 crore.It also surpassed the target of Rs. 72 crore set for the last financial year.
The total business turnover during the last year was about Rs. 74 crore.
The last financial year the HMT unit was part of the maiden venture that joined two government undertakings-Bharat Electronics and Naval Physical and Oceanographic Laboratory-to manufacture directing gear for sonars in naval ships. Fresh orders for the same gear are expected this year.
Kalamssery unit now operated with 290 employees on its rolls and 250 contract workers.
Around 200 of them will retire in three years, which may pose a serious threat to the functioning of the unit.
Posted by PSU revival at 11:11 AM