WATCO, a new PSU to streamline urban water supply to come up in Odisha 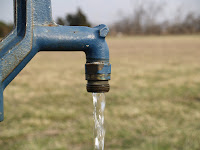 NO doubt this will be a novel step and may be a role model at the national level. The Odisha Government has decided to set up a Public Sector Undertaking (PSU) to streamline water supply and sewerage handling in urban areas.
A proposal to this effect has been approved by Chief Minister Naveen Patnaik and is likely to be cleared in next meeting of the Cabinet.
The PSU will be named...
Water Corporation of Odisha Limited (WATCO).
At the beginning, WATCO will look after water supply and sewerage handling in the capital city Bhubaneswar and its surrounding urban centres.
Public Health Engineering Organisation (PHEO) is in-charge of providing these services now.
The responsibilities of WATCO will include supplying water and providing sewerage service on behalf of urban local bodies. The tariff will be reviewed from time to time. At present, there is a huge gap in the cost of water supply and sewerage handling and collection of tariff. Now, the State Government bears the cost of providing these services as the urban local bodies cannot afford it.
Once the WATCO becomes operational, the water supply and sewerage infrastructure will be reviewed and new projects taken up.
WATCO will be headed by the Secretary of the Housing and Urban Development Department with Commissioner, Bhubaneswar Municipal Corporation (BMC), Vice-Chairman, Bhubaneswar Development Authority (BDA), representative from the Department of Finance, member Secretary, Odisha Water Supply and Sewerage Board as directors.
The corporation will also have three independent directors.
Posted by PSU revival at 7:49 AM